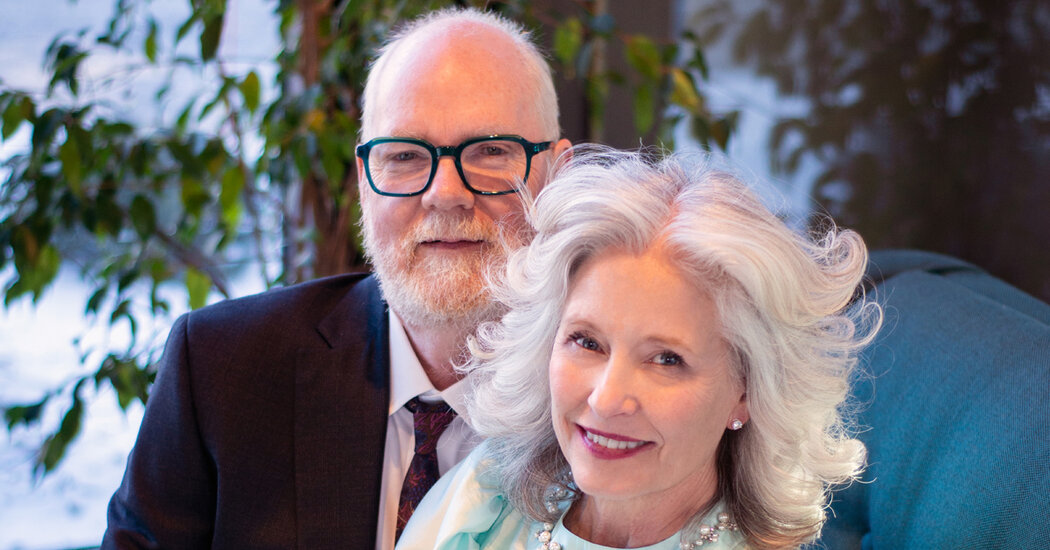 A dancer and a scientist walk into a bar

In August 2015, shortly after Margaret Lu Eginton moved into a new home in Iowa City, Iowa, she started frequenting a nearby restaurant named Apres – and became curious about a man she would see sitting there. at the bar.

“Is he single? she said she had wondered. “There really aren’t many single men his age in Iowa City.”

Gregory Richard Carmichael, 69, was actually a widower, and his son was the owner of Apres, which has since closed. As regulars, Mr. Carmichael and Ms. Eginton, 66, often each came over after work and ate alone at the bar, where they struck up what she described as “neighbourhood” conversation, but nothing more.

“They weren’t dates, they weren’t planned and we never got together as a couple,” said Ms Eginton, who has a grown daughter from her first marriage, which ended in a divorce, and is a somatic movement therapist and the owner of a dance studio, Movement for All, in Iowa City. She added: “That’s not to say I didn’t want to date Greg. He was very handsome and extremely intelligent, and still a gentleman.

Ms Eginton, a former stage and film actress who danced with Al Pacino in ‘Scent of a Woman’ and co-starred on Broadway in Bill Irwin’s play ‘Largely New York’, was ‘brilliant and extremely well-spoken’ said Mr. Carmichael said.

“She was also incredibly beautiful, and obviously a woman of many talents,” added Mr. Carmichael, who is a professor of chemical and biochemical engineering at the University of Iowa and chair of the scientific advisory group for the Global Atmospheric Watch program. managed by the World Meteorological Organization in Geneva, Switzerland.

In February 2016, Mr Carmichael invited Ms Eginton to a special Valentine’s Day meal that Apres was presenting. She wasn’t quite sure if it was a date, but he walked her home.

Although they enjoyed each other’s company, Mr. Carmichael seemed afraid to commit. Unbeknownst to Ms Eginton, in the 11 years since his wife’s death, he had only (briefly) dated one other person. He also traveled frequently for work, sometimes as far as China and India.

The two dated about “one date a year”, Ms Eginton said, for the next three years: one included watching “At Eternity’s Gate”, a film about van Gogh; another time she accompanied him to a speech he gave at the University of Iowa. The sporadic encounters suited her for the most part, as she was intensely focused on her clients and trying to save money to buy her current studio, which she bought in 2018.

The following year, in August, Ms. Eginton threw a party at her studio and invited the whole neighborhood, including Mr. Carmichael. “He danced in a corner and stayed until 1:30 a.m. to help me clean up,” she said.

Thereafter, Ms Eginton did not hear from Mr Carmichael, who often lost contact between their appointments over the years. Fed up, she decided she was done talking to him.

At the end of September, however, they both reunited in Apres. Seeing her there, Mr Carmichael said, made him realize that “I didn’t want to pass up that chance of ‘us'”. He walked over to Mrs. Eginton’s table and put his hand on it; she put her hand in his, and finally, he made clear his fear of dating.

“How about we break up?” he asked him. In response, she said, “I guess we’ll just have to avoid each other’s lockers; you know, like high school.

But a break never came. Instead, the two began spending more time together as they navigated their busy schedules, and later, the pandemic. On February 17, 2021, they got engaged.

For a man who had once ‘seemed nervous driving me home to our common ward’, as Ms Eginton put it, it was a big day.

Mr Carmichael said: “Step by step I allowed myself to realize how much I was in love with her and how much I trusted her.”

Owls are no match for bears; shutout victory for baseball