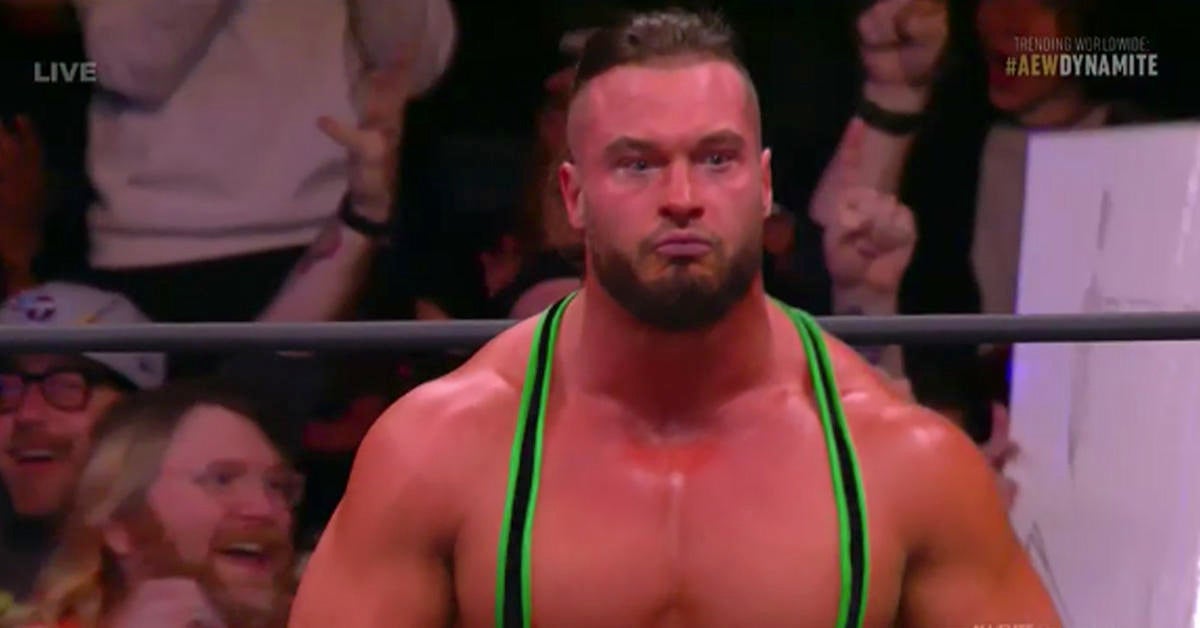 AEW’s Wardlow added to Face of the Revolution ladder match

The next match in the Face of the Revolution Ladder Match qualifiers was between Wardlow and Max Caster, and while Caster got off to a good start, Wardlow looked set for victory early. That move to the next lap looked like it could end up going off the rails when Caster dodged a charge from Wardlow that sent him into the steel steps. It knocked him out for sure, but he was eventually able to switch to another gear and hit Caster with a huge powerbomb, then follow up with two more, and that was it for Caster.

He was attacked by Bowens in the corner and Shawn Spears did nothing to help him in the corner. Wardlow picked up Bowens and slammed him to the mat, and Spears then came slamming them both down with chairs.

Wardlow was visibly upset that Spears was again doing nothing and stealing the show, and when Spears took her hand, Wardlow pushed her away.

Wardlow will now move into the Ladder Match at Revolution alongside Keith Lee, but there are still plenty of spots to fill in the coming weeks.

As for the rest of Dynamite, you can find the full card and results from tonight’s episode below.

Chris Jericho and Jake Hager vs. Santana and Ortiz

Who else do you want to see in the Face of the Revolution Ladder Match? Let us know in the comments or as always you can chat all things wrestling with me on Twitter @MattAguilarCB!