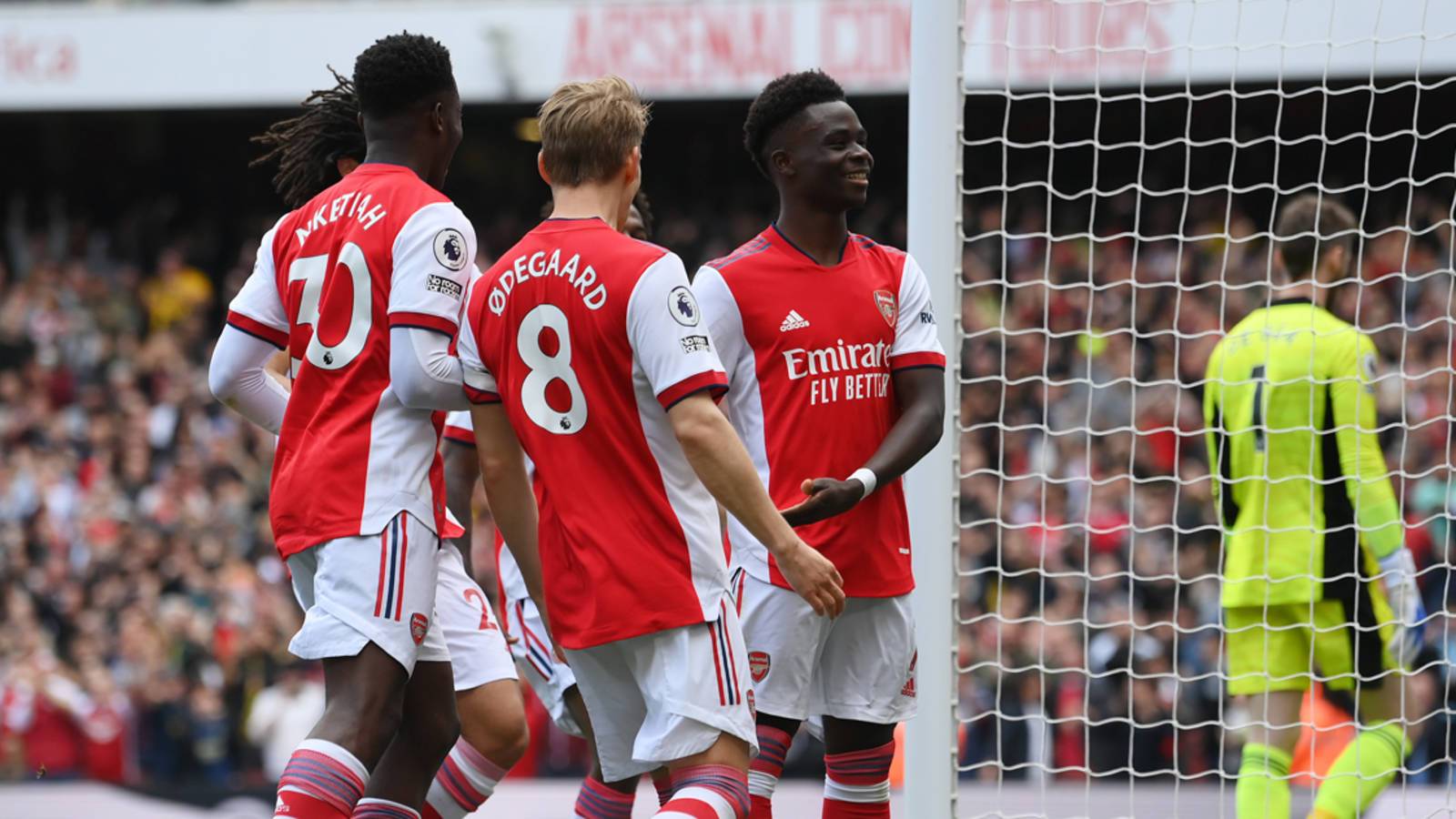 We returned to the top four with a thrilling win over Manchester United.

It was a very busy and eventful encounter from start to finish. Nuno Tavares and Bukayo Saka gave us a two-goal lead within half an hour, before United rallied to halve the deficit through Cristiano Ronaldo.

Bruno Fernandes then missed a penalty before Granit Xhaka sealed the points with a superb drive from 25 yards.

These lunchtime kickoffs can often have a calm atmosphere at first. Not this one. The crowd was on board from the kick-off and the team responded immediately.

There were only two minutes on the clock when Tavares gave us the lead. Xhaka’s deep cross was missed by everyone in the United defense and found its way to Saka. His shot was parried by David de Gea but Tavares was in the right place at the far post to head home.

It was the full-back’s first goal for the club since joining from Benfica last summer.

United came back. Anthony Elanga had a low shot well saved by Aaron Ramsdale before Gabriel placed a big block after Ramsdale presented the ball to Fernandes.

Diogo Dalot was next to close in on the visitors, curling a shot 20 yards over the keeper and against the crossbar.

The chances presented themselves at both ends, and Eddie Nketiah had a big chance after being slipped on goal by Martin Odegaard but his shot was straight on de Gea.

Moments later, Nketiah thought he had beaten the keeper, only to have the goal ruled out by VAR for a very close offside. However, Saka was fouled in the build-up, and a kick was awarded instead.

For the second time in a week, the Englishman got up and scored from the penalty spot.

The two-goal advantage didn’t last long. United had been a threat throughout the first half hour and drove a goal through Cristiano Ronaldo, who crept in at the far post to fire home a looping cross. Ramsdale’s moment of hesitation proved costly.

The first half was action-packed and soared. Odegaard had another deflected shot in injury time – one of six attempts on target in the opening 45 minutes for us.

Tavares should have hit the target soon after the break. He found space inside the box, beat his man superbly, but fired a shot high and wide.

Tavares’ eventful afternoon continued when he awarded a handball penalty. Fernandes stepped up, but his shot hit the post and went behind for a goal kick.

It was a big let go, and moments later there was another when Ronaldo’s goal was ruled out for offside by the tiniest of margins.

Ramsdale made a huge save at his near post to convert Dalot’s shot to the woodwork.

We were living dangerously, but Granit Xhaka’s fierce driving took the pressure off.

He picked up the ball five yards from the penalty area, shifted it to his trusty left foot and sent his shot past Gea’s desperation just inside the post.

The Emirates broke up. With the two-goal cushion restored, we closed out the game for a second big win in the space of four days.

That puts us six points ahead of United, with five games to go.

We were ahead of Tottenham ahead of their game at Brentford later in the day, and six points clear of United, with a game less against the Red Devils.

It’s another huge game next weekend when we take on West Ham United at the London Stadium next Sunday afternoon.

New this week: ‘The Offer’, Kehlani, ‘I Love That for You’

Amazon Astro can do more than monitor your home