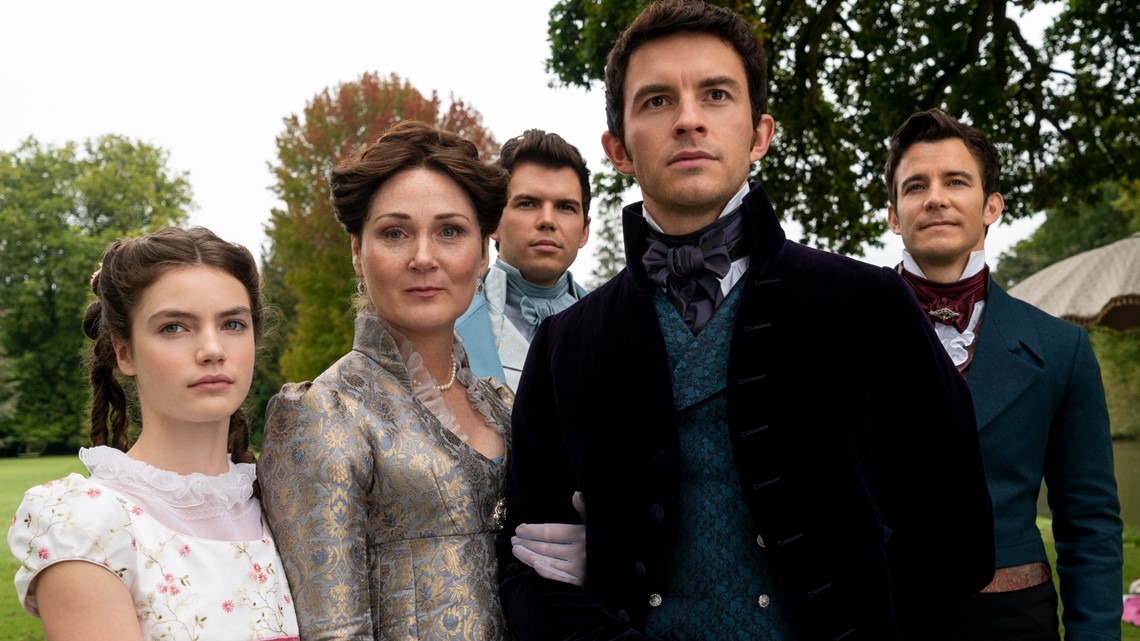 The hit series returns to Netflix on March 25. #k5evening

SEATTLE – The sexy hit drama “Bridgerton”, based on a series of books by Seattle author Julia Quinn, returns to Netflix this week.

The first season was Netflix’s second most-watched series, and the creators are hoping for a repeat.

The second season sees the return of the Bridgerton family during “dating season” at Regency England, but focuses on a new member of the family looking for love.

HOLCOMBE: “It’s very funny for me to see you in ordinary clothes because it seems so out of context to me. When people recognize you in public, what is their typical reaction?”

CARTER: “We look very different, we don’t have our red hair and big outfits.”

WALKER: “I actually had to take a selfie with someone and I was trying to get on a train and I was at Marks and Spencer buying a sandwich and someone wanted a picture and I was like (makes a face) That’s never been my best look.”

HOLCOMBE: “What would Prudence and Portia think of the selfies?”

CARTER: “They would love that. We would have a selfie stick. We had a selfie stick with us and asked people to take selfies with us.

WALKER: “I would have a ring light attached (laughs.)”

HOLCOMB: “What’s the first part of your costumes that you just want to rip off when you’re done?”

NEWTON: “For me, it’s the tie, and I actually feel very guilty complaining about being uncomfortable in the suit because I know the women on the show have very difficult times. ‘between them wear double corsets.’

HOLCOMBE: “Have you ever been tempted to put on one of those wigs, the queen’s wigs?”

TOMPSON: “All the time, all the time. And I’m sure Golda would be like, ‘Yeah, try that for a minute and call me after that.’

HOLCOMBE: “How much stronger is your neck after two seasons of wearing wigs?”

HOLCOMBE: “Have you ever been tempted and/or brought anything home from the set?”

ROSHEUVEL: “No, I can say no. I have my eye on certain things. (laughs)”

ANDOH: “You know, there’s a piano I’d like to take home, but I don’t have a big enough pocket yet.”

CARTER: “I stole a dance card from one of the balls – I can’t tell you which ball…”

HOLCOMBE: “One of the things that has thrilled me the past two seasons is listening to chamber music. Do you have a favorite song that the show has used that made it point?”

TOMPSON: “My favorite is probably ‘Dancing On My Own’…and ‘Thank You, Next’ in season one was amazing.”

HOLCOMBE: “Is there anything about the show that’s sort of outdated and not in our vernacular anymore that you think would be nice to bring back?”

ANDOH: “There’s a nice formality to the language that – the way someone can be really upset about something actually means to really get down and cover up now, baby, because it’s gonna get hard. That understatement, there’s has something about it that is rather delicious.”

HOLCOMBE: “I think it would make the internet a much nicer place – can you imagine chat rooms where people are like that, I’m very unhappy with that (laughs.)”

GEM: “Can I say hello to my family who are in Seattle?”

HOLCOMBE: “The author of the original books is from here in Seattle, Julia Quinn. Is there anything you would like to express to him?

WALKER: “She really is.”

CARTER: “She’s a lovely woman, she’s been on set a few times and I think she’s as thrilled as we are with her success, so good job for her.”

The second season of “Bridgerton” debuts on Netflix on March 25.