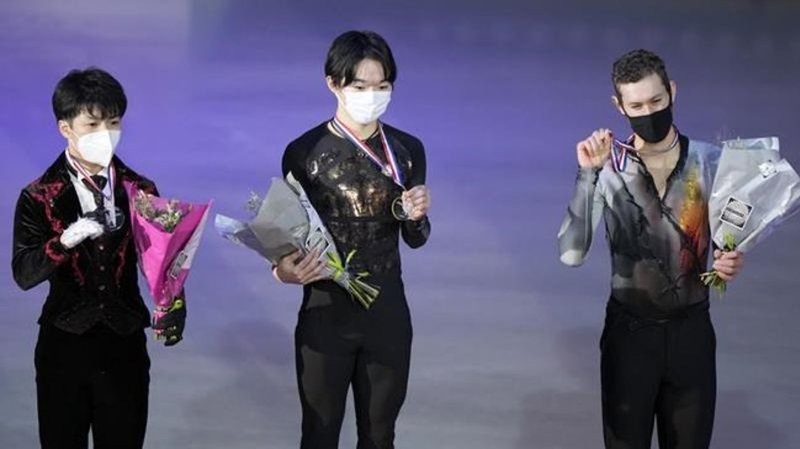 “Our scores were lower this week, so we’re going to have to really listen to the comments and see what we can do to increase them.”

Combined with their victory at Skate Canada International last month in Vancouver, Gilles and Poirier have booked their ticket to the Grand Prix final from December 9-12 in Osaka, Japan.

â€œQualifying for the Grand Prix final was very satisfying because it will be an important event for us leading up to the Olympics,â€ said Poirier. ” It gives us a lot of motivation. ”

Canadian pair Vanessa James and Eric Radford posted their best score since partnering in April, but 196.34 was nowhere near the podium for fourth place.

The Russian duos won gold and silver with Aleksandra Boikova and Dmitrii Kozlovskii first at 216.96, and Iuliia Artemeva and Mikhail Nazarychev second at 205.15.

Alexa Knierim and Brandon Frazier of the United States were third at 201.69.

James and Radford placed third after the short program.

The Canadians had to reset at the start of their long program when the wrong music was played.

Jason Brown of the United States was third.

Sixth-placed Canadian Keegan Messing had two triple Axels but touched the ice with his hand on his first quadruple jump in his free skate.

â€œAfter Skate Canada my coach and I took a careful look at the long program and decided to change things up a bitâ€¦ I think we have a system that will work for the rest of the season,â€ said Messing.

Japan’s Wakaba Higuchi blocked a Russian medal sweep from sixth place after the short program to bronze. No Canadian competed.

The next Grand Prix will take place on Friday and Saturday in Sochi, Russia.

This report by The Canadian Press was first published on November 20, 2021.