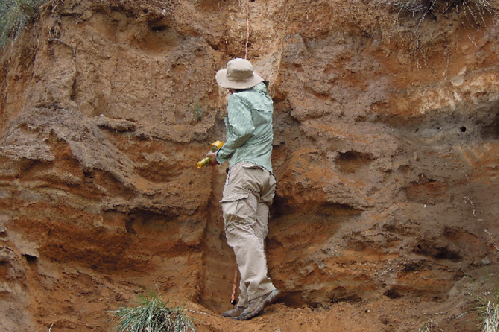 LANZHOU — Chinese scientists have proposed an innovative dating method for complex river deposits, bringing a new perspective to understanding the Qinghai-Tibet Plateau at different time scales, according to Lanzhou University.

The new method helps understand the relationship between human settlements, climate change and long-scale flood frequency, especially for that of the Qinghai-Tibet Plateau, said Li Guoqiang, a professor at the College of Earth and Earth Sciences. Lanzhou environment. University.

Nicknamed “the water tower of Asia”, the Qinghai-Tibet plateau supplies water to many Asian rivers. Flooding on the plateau has increased dramatically in recent decades due to global warming.

A joint team consisting of researchers from Lanzhou University, Chinese Academy of Sciences and other institutions established the new optical stimulated luminescence (OSL) dating method of complex river deposits using various techniques such as analysis of luminescence characteristics, modeling of age calculation, a comparison of quartz OSL ages and radiocarbon dating ages, according to Li.

The new method was verified effective through the dating of fluvial deposits at the Shalongka archaeological site in the northeastern part of the Qinghai-Tibet Plateau. It provides a scientific basis for predicting and combating climate change, Li added.

The results of the study have been published in the journal Quaternary Science Reviews.