Secrets of the Museum (BBC 2)

The League Of Gentlemen are the Rolling Stones of comedy. They will always reunite in their 80s.

I’d bet Steve Pemberton, Mark Gatiss, and Reece Shearsmith have been pondering aloud which of them will die first and whether the other two should go on without him.

It’s a macabre thought, but the macabre is their stock in trade. They’ve been creating nightmarish characters and gruesome twists for 25 years, with incarnations on radio, television, film and stage.

Their sitcom, like a Hammer Horror version of Coronation Street, ended in 2002, and Gatiss went on to create Sherlock while Pemberton performed in Benidorm. 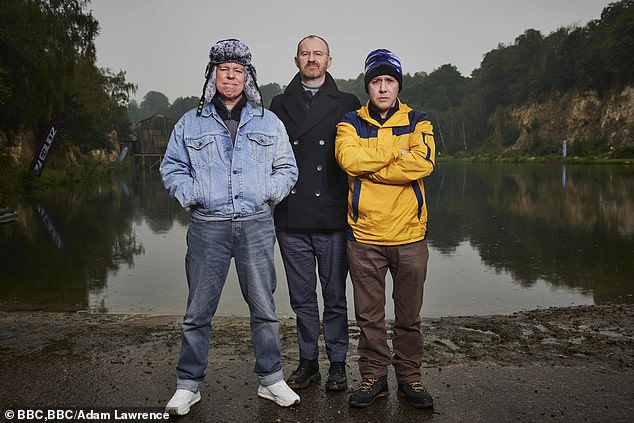 I’d bet money that Steve Pemberton, Mark Gatiss, and Reece Shearsmith have been pondering out loud which of them will die first, and whether the other two should go on without him.

But the trio have reformed on several occasions, including a League anniversary special five years ago. It was inevitable that when they finally met for an episode of Shearsmith and Pemberton’s delightfully dark skits, Inside No. 9 (BBC2), the theme would be a reunion.

The three played old college friends, reuniting for an afternoon of boating on a lake after not seeing each other for years.

Each star played an exaggerated version of their public persona. Pemberton was a backpacker who thought his buddies were too full of themselves and made a point of calling their pedalo a “pedo.”

Shearsmith was shy, uptight, temperamental and stuck in the past, eager to make the reunion “a celebration of who we were”. And Gatiss camped pompously, letting the other two know that his career had gone much better than theirs.

Inside No. 9 is now in its seventh series, and some of the half-hour storylines have been extraordinarily convoluted. Last year’s batch began with a jewelry heist featuring characters drawn from the traditional Italian commedia dell’arte panto style.

This last story was less mannered and better for her. The pedal boat got stuck in the middle of the lake, the old friends bickered, and when one of them revealed a bereavement, the mood darkened. . . as always on this show.

Top actors who have lined up for cameos include the late Helen McCrory, Timothy West, Derek Jacobi and Felicity Kendal. 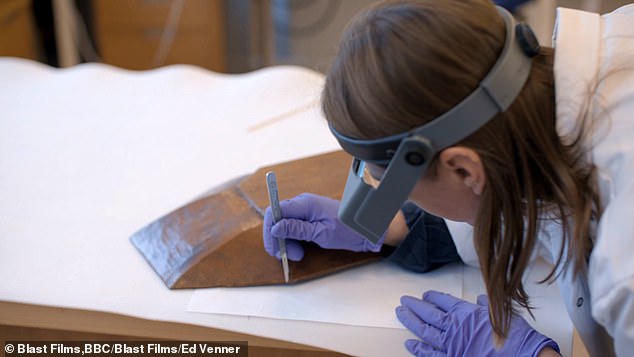 There was a hint of the League Of Gentlemen’s taste for rural oddities in Secrets Of the Museum (BBC2), as curators from the Scottish branch of the V&A worked to preserve a theatrical relic

The guest here was Diane Morgan, slightly underutilized as Pemberton’s rude girlfriend. No one does more foul-mouthed, common, and sweary than Morgan, but she didn’t have a chance to get past second gear, doing little more than reprising her Motherland persona.

Assembly line of the night: One of the oiled up babe twerps showing off his biceps on empty US dating show FBoy Island (BBC3) sang, “There’s no one else here like me.” He was too thick to realize that each of the 20 young men was identical. Are they built from plastic parts in a factory?

Even filing a complaint like that underscores how high the standards are. There won’t be a missed episode, it’s practically guaranteed. And we can’t help but wonder what the three Gentlemen have planned for their next reunion.

There was a hint of the League Of Gentlemen’s taste for rural oddities in Secrets Of the Museum (BBC2), as curators from the Scottish branch of the V&A worked to preserve a theatrical relic.

The Cheviot, The Stag And The Black, Black Oil was a 1973 play by John McGrath, traveling through the Highlands and telling the story of Scotland. For its set, the company used a giant hand-painted pop-up book made of corrugated cardboard, which the actors carried with them on the roof of their van.

How a cardboard backdrop survived Scottish weather on the road without turning to pulp has not been explained.

Now the oversized pages are on display at the V&A in Dundee and treated with a reverence usually given to medieval manuscripts. Other items included a 350-year-old Colombian platter that had been mistakenly labeled as Persian.

How strange, things that become artifacts.

Date Lab: They were both about 30 minutes late