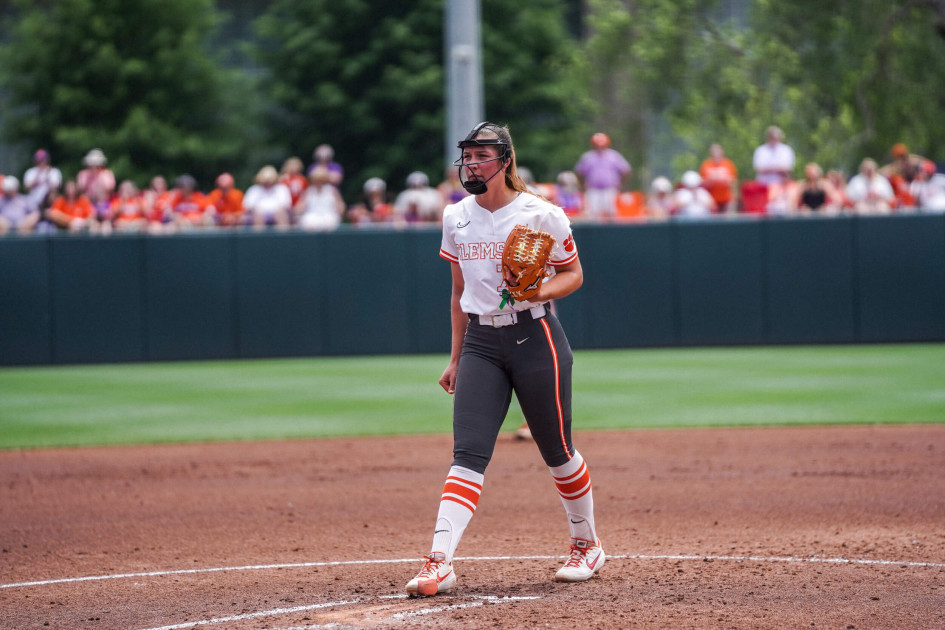 CLEMSON, South Carolina – Redshirt sophomore Valerie Cagle led the charge from the circle and the plate to help push the No. 10 Clemson softball team to a 1-0 win over Auburn in the Clemson Regional winners group on Saturday after -noon. After the win, Clemson improves to 41-15 on the year as Auburn drops to 40-16.

Improving to 2-0 in the regional, Clemson advances to play Sunday at 1 p.m., and would advance to the schedule’s first Super Regional with a win in the double-elimination format. Clemson’s Sunday opponent is to be determined after Saturday’s games, and live audio and video will be available.

Both teams kept to a low-scoring game sparked by a pitching duel between Clemson’s Cagle and Auburn’s Maddie Penta. Neither Cagle nor Penta allowed a runner to pass first base in the first three innings. The two catchers, Aby Vieira and Aspyn Godwin, caught a runner attempting to steal to help play a part in keeping things scoreless through three.

Clemson opened the scoring drought late in the fourth inning with Cagle and Marissa Guimbarda hitting back-to-back doubles into left field with two outs. As soon as the ball hit the bat on Guimbarda’s brace, Cagle was on the move and was able to get up on the home run to give Clemson the 1-0 lead.

Auburn tried to bounce back top of the fifth after starting with a single, but Alia Logoleo made the head-up play taking second after fielding a slapped ball down the middle and pitching it to Bailey Taylor early to finish the double game.

In the sixth, Auburn charged on two singles and a throwing error from Clemson. In a potential sack-stealing situation, McKenzie Clark caught a ball to center and was already set to make the throw home, forcing Auburn to drop the runner in third. Clemson ended the inning with Logoleo throwing Cammy Pereira in second allowing Clemson to hold the 1-0 lead for the rest of the game.

Cagle pitched his 15th full game of the season, striking out six batters, to improve to 16-8 this year. Today’s win marks Clemson’s 18th shutout this season and the second consecutive Clemson Regional.