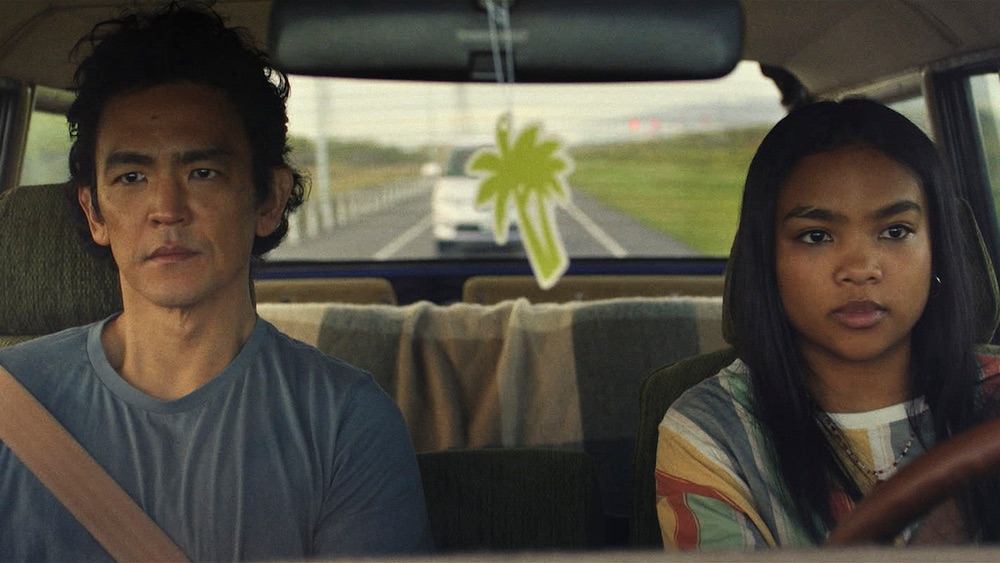 “You’re not going to like the way this story ends,” the teenage narrator of “Don’t Make Me Go” announces at the start of the film, “but I think you’re going to like the story.” The first half of this sentence is so precise that it complicates the second. The film’s ending is misguided to the point of perplexing rather than heartbreaking, recasting everything that came before it in a less favorable light. It’s a shame, because this father-daughter drama starring John Cho has more than its fair share of touching moments before hitting the roadblock which is its dodgy third act.

Directed by Hannah Marks and written by Vera Herbert, “Don’t Make Me Go” is something of a reversal of the “unexpected child” genre in which the protagonist is introduced to the child he didn’t know he had. . The difference here is that life or death circumstances prompt a single father named Max (Cho) to introduce his teenage daughter Wally (Mia Isaac, who also narrates) to the mother she never met. This necessitates a road trip from California to Florida, which Wally – who is unaware of his father’s true intentions and thinks they are on their way to his college reunion in New Orleans – only accepts because her old man finally agrees to give her driving lessons. the path.

It’s been nearly two decades since Cho first went to White Castle, and viewers of a certain age will probably never find it odd to see him play an overprotective dad rather than a stoner whose parents are almost certainly unaware of his drug-induced mishaps. That doesn’t make him any less persuasive in the role. Cho has settled comfortably into his second act, with standout roles in “Searching” and “Columbus,” vindicating him as a low-key leading man who can reliably anchor character-driven projects like this one. It has a touch of ambiance for everyone, and yet it commands the screen whenever it’s on it. It’s a rare asset, and he uses it to the fullest.

So it’s fitting that Max is the kind of father you’re always looking for in these films: not perfect – far from it, in fact – but trying his best and always well-meaning. Cho and Isaac two have easy chemistry, and their issues — he doesn’t like the boy she’s dating, and she’s annoyed that he isn’t coping and chasing his dreams — feel genuine if they’re so familiar. And so, as it progresses, “Don’t Make Me Go” builds genre-worthy narrative momentum that it alters slightly.

From “Ikiru” to “Cries & Whispers,” “The Bucket List” to “The Fault in Our Stars,” the realization of one’s own mortality has inspired many protagonists to put things right and realize great truths about themselves. themselves and the world around them before. that inevitable fade to black. “Don’t Make Me Go” is admirably understated in the way it carries on that tradition, but squanders nearly all the goodwill it inspires with a third-act twist that seems designed to subvert expectations to subvert expectations. In trying to tug at the heartstrings, the film ultimately raises eyebrows instead.

Suspend Edgar Berlanga for being bitten during a boxing match