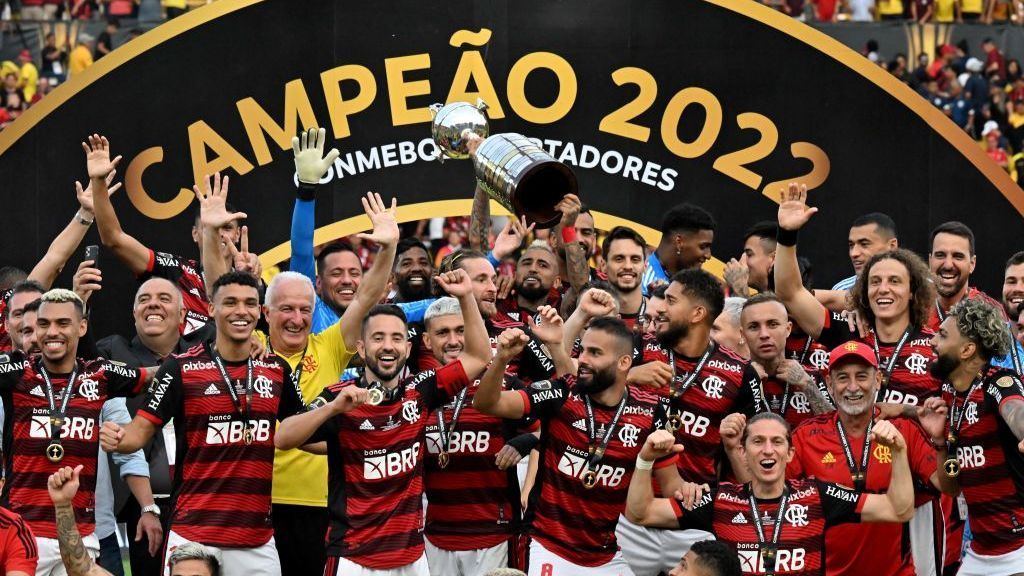 Flamengo went unbeaten towards a third Copa Libertadores title after beating Athletico-PR 1-0 in the all-Brazilian final on Saturday.

Gabriel Barbosa again starred in the final by scoring the only goal in a half-full Metropolitano Stadium in Ecuador.

Flamengo have also won in 1981 and 2019, the latter with two goals from Barbosa in the 2-1 final win over Argentine side River Plate.

Barbosa, seen as having a slim chance of playing for Brazil at the World Cup, also scored the Rio de Janeiro club’s only goal in last year’s final in the loss to Brazilian rivals Palmeiras .

Barbosa’s last goal came in the 43rd minute when Athletico defender Pedro Henrique was booked for the second time after a harsh tackle. The incident gave Flamengo more room to attack, and the goal came in the dying seconds of the first half.

Everton Ribeiro sent in a low cross from the right and Barbosa only had to drive the ball into an empty net.

En route to the final, Flamengo knocked out Tolima from Colombia, Corinthians from Brazil and Velez Sarsfield from Argentina, winning all of their matches.

Flamengo striker Pedro, who is expected to be part of Brazil’s World Cup squad, was the Copa’s top scorer with 12 goals in 13 appearances.

Flamengo, with former Chelsea and Brazil centre-back David Luiz anchoring their defence, enjoyed 73 per cent possession and created 15 chances, albeit just four on target, in winning the South American equivalent of the European Champions League.

Athletico, chasing their maiden Copa Libertadores title, couldn’t deliver a perfect send off for coach Luiz Felipe Scolari. The former World Cup-winning coach has said he is stepping down at 73. He had already won the Copa with boyhood club Gremio in 1995 and with Palmeiras in 1999.

Local authorities in Ecuador struggled to sell the 60,000 tickets for the final. Guayaquil is about 6,000 kilometers (4,000 miles) from Rio and Curitiba.