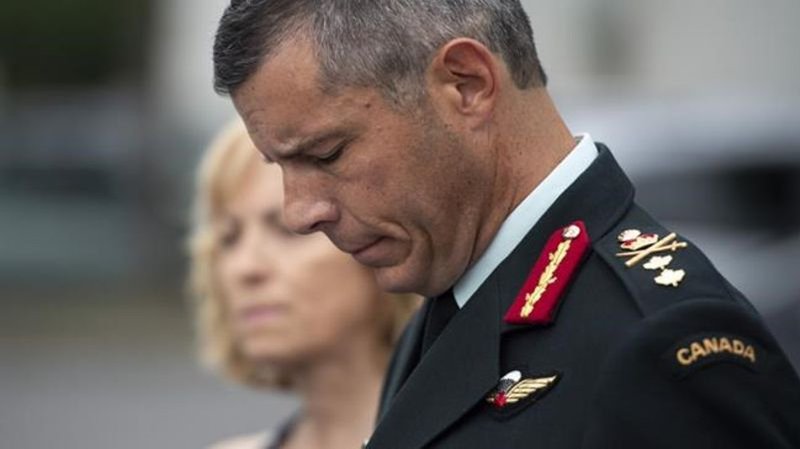 Fortin was formally charged in Gatineau, Que. On August 18 with one count of sexual assault dating back to 1988. He has denied any wrongdoing.

Fortin’s lawyers allege the decision to remove him from the vaccination post was unreasonable, lacked procedural fairness and involved interference by the Liberal government in the military chain of command.

The federal submission filed Friday night says the role Fortin played in the vaccination effort was always intended to be temporary in nature and “no longer exists.”

In addition, the Public Health Agency is not filling the post because all the responsibilities of the post “were taken on by others in the public service.”

Federal lawyers also argue that Fortin did not exhaust the remedies available to him in the military grievance process and, in any event, the decision to cancel his temporary assignment “was reasonable and fair.”

“Vaccine deployment was critical to the public health of Canadians and no loss of public confidence in the uniformed leader of vaccine deployment could be tolerated during the global COVID-19 pandemic,” the government brief said.

Newly promoted General Acting Chief of Staff Wayne Eyre considered all relevant factors, including the risk to workplace safety, Fortin’s strong desire to continue in his role, and the historic nature of the allegation against him, the record says.

“Another factor was the risk of loss of public confidence in the deployment of the vaccine if an allegation of sexual assault against (Fortin) were to emerge. At some point, that risk got too great.

In arguments filed in court earlier this month, Fortin’s attorney said Eyre had succinctly relayed the news of the referral to his client: it’s a “done deal,” he said. in Fortin.

The evidence points to the inescapable conclusion that the decision to remove the veteran military officer was made by the ministers of Health, National Defense, the Prime Minister and the Clerk of the Privy Council, according to Fortin’s lawyers.

However, under the military chain of command, the decision should have been made by Eyre alone, they argue.

Policymakers prevented Eyre from doing so, which constituted “inappropriate political interference in the military chain of command,” according to Fortin’s submission.

“Regardless of who made the decision, it is objectively unreasonable and cannot stand.”

Fortin’s lawyers also disagree that a grievance is the appropriate remedy.

“The grievance process will be a meaningless exercise because the Canadian Armed Forces have not made the decision in question, cannot make a decision about it, and cannot provide an effective remedy. ”

In addition, the grievance process will be long and slow due to systemic delays, according to Fortin’s lawyer.

The federal file indicates that there is no doubt that Eyre has consulted and received comments from other government officials regarding the effect of the Fortin affair on the government-wide response to the deployment of the COVID vaccine. 19.

“The impact of these consultations, and even the arguments that they amounted to interference or failure to make a decision, are all issues that can be considered in the grievance process.”

This report by The Canadian Press was first published on September 17, 2021.