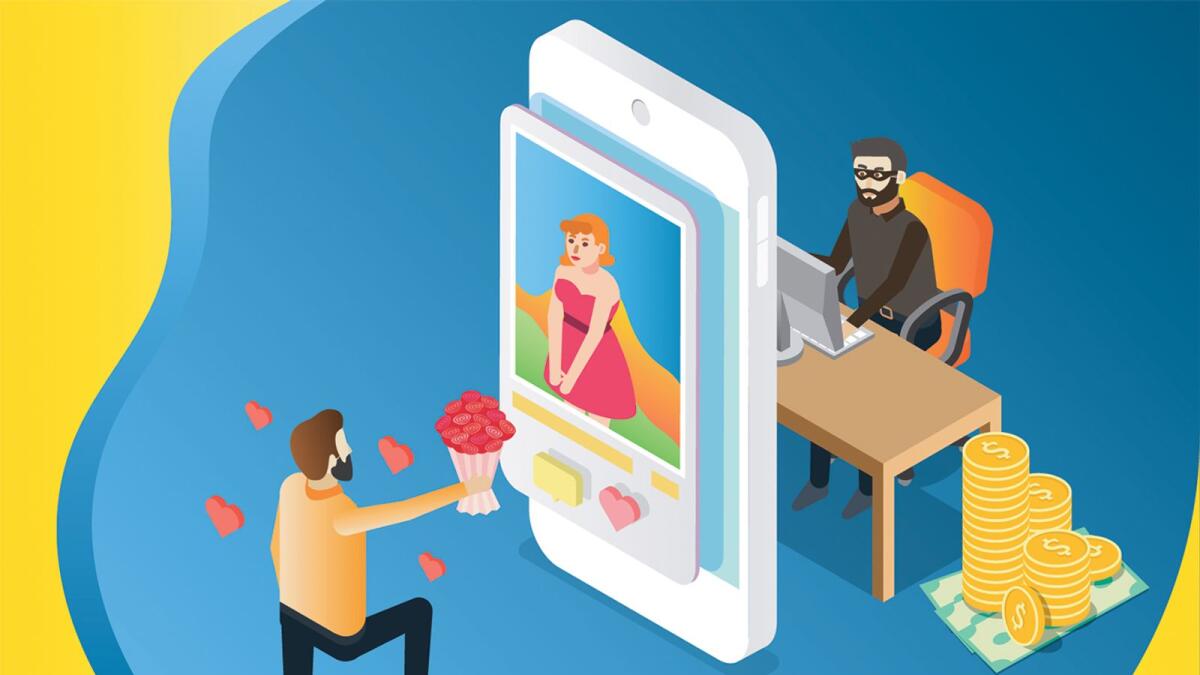 The average age of victims who are female is 44 years old and that of male victims is 47 years old.

The youngest victim was 27 and the oldest 69.

In all but one of the cases, the victims met the suspect through a dating app or through social media.

In almost all cases the money was transferred to accounts outside of Ireland or to bitcoin wallets.

In September 2021, An Garda Síochána received a request for assistance from Hungarian police through Interpol investigating a case of romance fraud where a woman was tricked into sending $4,000 to a fraudulent account.

Investigations by Hungarian police revealed that the money had been credited to an Irish bank account.

The Garda National Economic Crime Bureau identified the account holder and an analysis of the account showed that between September 2020 and October 2021 there were 46 suspicious credits in this bank account from 12 different people in 8 different EU countries , namely Germany, Croatia, Austria, Hungary, Ukraine, Bulgaria, Poland and United Kingdom.

All the people who credited the money consisted of 11 women and one man. Once the account was credited, the funds were immediately withdrawn in cash, transferred electronically, and used in point-of-sale transactions on successive days, leaving very little in the account until the next credit.

The holder of this account was arrested this year in June 2022 and the investigation continues, says Gardaí.

GNECB’s advice to anyone on a dating site or communicating with someone they have never met on social media is:

1. Use reputable dating sites and use their messaging service. Don’t move too quickly to social media or texting. Be especially wary of unsolicited links or approaches or like suggestions.

2. Be careful what you share on social media and online dating sites. Do not reveal your full name or home address. Protect your identity.

3. Beware of people who ask lots of questions about you but don’t reveal much about themselves. They will appear to be the ideal person. They will like what you like. Their interests will mirror yours. If you like classic 18th century French poetry, then so do they. Their family situation will reflect yours. They will want what you want. They want you to provide live video, but they can’t/won’t. Beware of chat snippets that are out of sync with previous chats. These scammers interact with several victims at the same time, following scripts prepared for them and they can sometimes get confused as to which victim they are talking to.

4. Never send money or give your bank details to anyone you’ve never met, no matter how much you believe and trust them. Do not download apps like AnyDesk at their request or allow them to control your device

5. Don’t send them money or pay medical bills, buy flights or VISA, pay customs or make any payment for them to come visit you.

6. Don’t invest your money in “opportunities” offered by them or someone you only “met” online. Always seek independent financial and legal advice first.

7. Remember that individuals can impersonate the person they want to be online. You can Google an image to see if it appears on multiple sites or profiles.

8. Never provide copies of your personal documents such as passports or driving licenses.

9. Never make arrangements or travel to meet them unless you are sure of their identity. Be sure to confide in someone and make sure the person knows you are confiding in someone else.

10. Keep copies of correspondence with him.

11. Don’t be shy to report it to Gardaí, you are not alone. They are professional fraudsters who use social engineering tactics over long periods of time.

12. If you think you have been a victim, contact your bank immediately. The faster you act, the more likely you are to recover lost funds