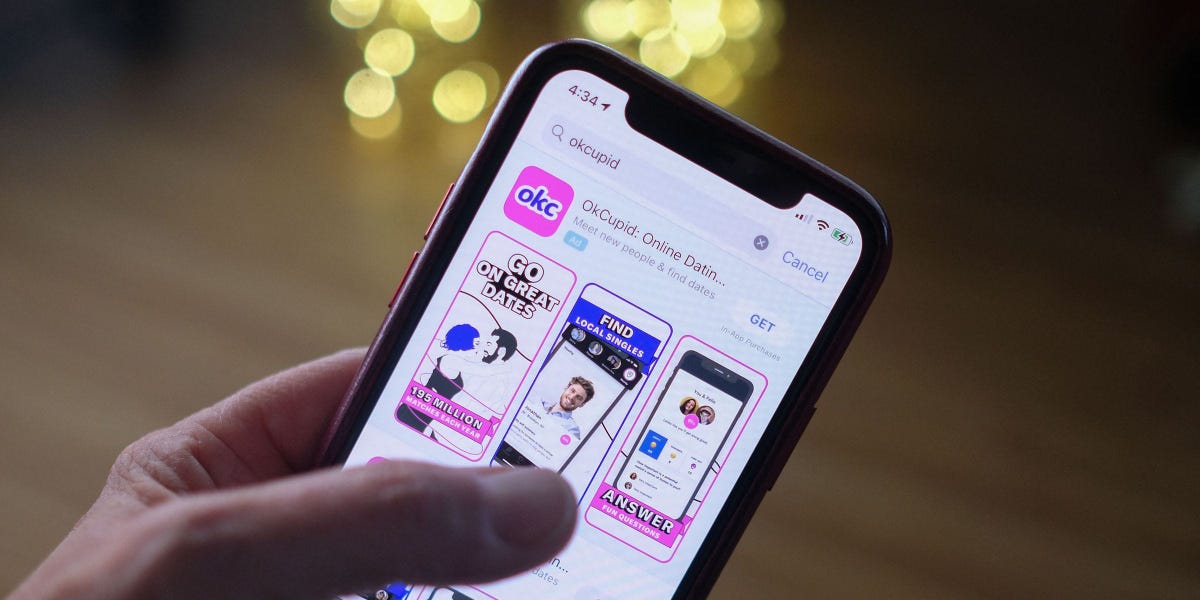 Search engine giant is fighting back Match, which owns a number of online dating platforms including Tinder, OkCupid and Hinge, alleging Match is trying to ‘gain an unfair advantage over other app developers’ and pays nothing to use the Google Play Store, according to the filing.

Google Play is an online store where most Android users download and purchase apps, games, and additional digital content.

Google is seeking damages from Match Group and a judgment that would allow Google to permanently evict Match Group from its Play Store, according to Bloomberg.

Google’s lawsuit comes just two months after Match Group filed its own lawsuit against Google, accusing its Play Store of acting as a monopoly to take a percentage of in-app purchases.

Match Group is one of many mobile apps, including Spotify and “Fortnite” parent Epic Games, that have alleged that Google’s Play Store and Apple’s App Store are monopolies. Google and Apple collect between 15% and 30% from developers when users make in-app purchases from an Android or iPhone.

Google allows users to bypass its Play Store and download apps in a practice called “sideloading,” but Apple requires apps to use its App Store exclusively.

Google’s countersuit dismisses Match Group’s charge. In a statement to Insider, a Google spokesperson said, “Match Group has entered into a contract with us and this lawsuit seeks to keep Match going until the end of the agreement – we look forward to defending our case. In the meantime, we will continue to defend ourselves against Match’s baseless claims.”

Match Group could not immediately be reached for comment.