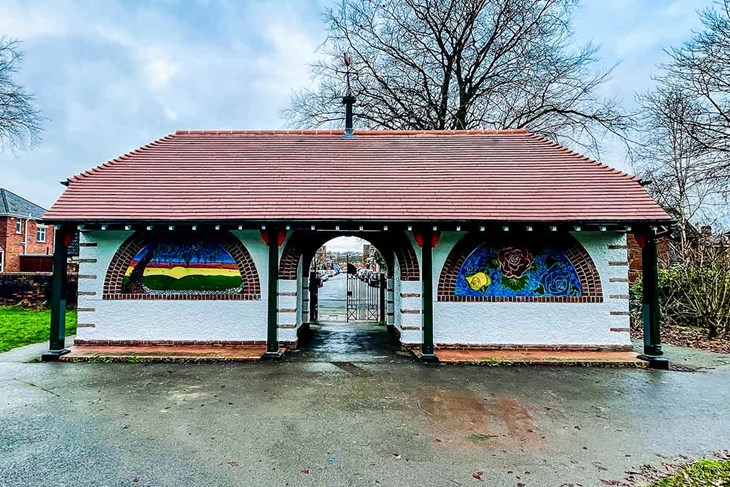 A historic park gatehouse in Exeter which was recently refurbished after being the target of vandals for several years has now been unveiled.

The iconic gatehouse in Pinces Gardens – dating from around 1912 – has been redone and repaired by Exeter City Council. The works were carried out to preserve the history of the park.

The fence protecting the gatehouse has now been removed so that everyone can enjoy the building in all its glory.

The gatehouse is a well-known landmark and is the entrance to the much-loved Pinces Gardens. It was once used by the park warden.

The site was purchased by the town council in 1912 and was once a nursery owned by William Lucombe. The nursery had operated on the site as early as 1720, but by 1890 it had fallen into decline.

The nursery was sold to various buyers including the Council for £1,900. Part of the land became Pinces Gardens, part became housing estates and the rest housing, which is now Waterloo Road and Wellington Road.

In recent years, the gatehouse had become the target of vandals and the roof was in poor condition.

Contractors working for the Council stripped the roof and laid new flat terracotta tiles similar to those previously on the building. A number of exterior repairs were also carried out on the building.