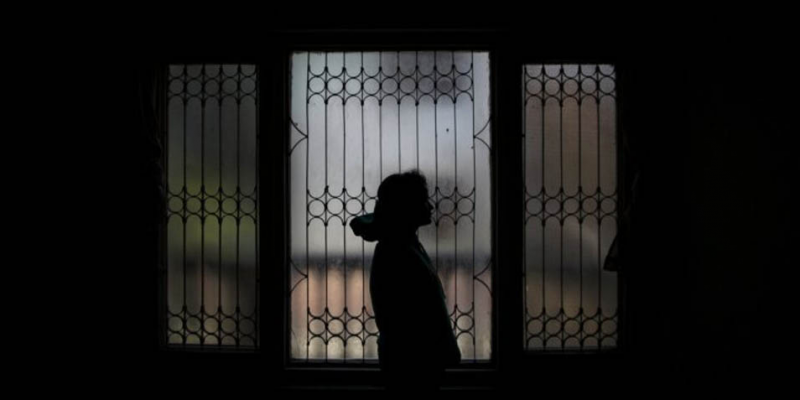 New Delhi: A 25-year-old Ugandan woman, who was tricked into traveling to Delhi for a sales job, found herself caught up in a sex racket upon her arrival in the nation’s capital. However, she managed to escape the clutches of her traffickers on August 11, when, for the first time, she was asked out to attend to a client.

Zendaya*, accompanied by social worker Nirmala B. Walter from the NGO Manobal, who helped rescue her, spent an entire day dealing with Delhi police who seemed uninterested in pursuing the case. The woman said she eventually had her master arrested and retrieved her documents from the gang.

It was July 2022 when Zendaya was tricked into going to New Delhi by her high school friend Judith, who told her that a well-paying job in India had been arranged for her through another Ugandan woman. named Jennifer.

Zendaya, a single mother of two, believed that this job was the only way to earn a living for herself and her children.

“When you are a single mother with two children, living in abject poverty without a job in your country, you just want to take every opportunity that comes your way. It doesn’t matter if you have to work abroad, leave behind your children and a sick old mother. And, in my case, I trusted a woman who was a senior in my high school, not just any random person,” Zendaya told this reporter.

Zendaya didn’t have a passport or money to travel to India, so Jennifer quickly arranged the passport and a business visa for her.

“I landed in New Delhi on July 17, 2022 from where I was picked up by Jennifer and her friend Vicky at 2am. From the airport I was taken to her home in the Mohan Garden area where Jennifer immediately confiscated my passport, visa and phone, and said that I will only get them back after paying her an amount of Rs 6 lakh, the cost she said she bore for my passport, my visa and my trip,” Zendaya said.

She continues: “She (Jennifer) told me that I had to sleep with men so that I could pay her all the money she demanded, otherwise I would die in India and I would never go back. I resisted and said that Judith had promised me a job as a saleswoman in a store, and no sex work. So I asked him to make me talk to my friend first.

Jennifer decided to hook her up with Judith via a WhatsApp call, but when Zendaya confronted her, she laughed at her and told her she shouldn’t “joke about such things”. “She too said that I might never be able to go back to my country and be arrested here if I didn’t do what Jennifer asked of me,” Zendaya said, adding that she was shocked to see that Judith was also complicit. .

Zendaya realized that her friend had sold her and there was no escaping it.

After being confined for three days, Jennifer took her to a manager named Natasha in Greater Noida and gave her a new phone with an Indian SIM card.

“Then Natasha downloaded different dating apps on my phone such as Hi5, Badoo, Mingle2, Tinder, etc. They then created my dating profile, describing me as an Amity University student who was looking for a hookup, posting my local phone number and address,” she said.

Zendaya said she was forced to constantly chat with men on these apps for almost 24 hours a day in order to bring more customers home. Once a customer was convinced to come, she would send them the rate card, negotiate the “best rate”, call them at home and take payment either in cash or on the Paytm app scanner. However, Zendaya was never allowed to keep a single penny of her earnings.

“I always had to hand over the money to Natasha immediately,” she said.

Natasha controlled Zendaya’s life in every way, even preventing her from keeping her phone on silent or at low volume or even locking her room. Zendaya would only be allowed to sleep for an hour and eat only one meal a day, which always consisted of two eggs and some crisps.

“So I started getting sick and was inactive and slow at work,” she added.

Natasha, whose job it was to manage Zendaya and all of her payments, was also into witchcraft, she said.

“She often threatened me that if I ever escaped she would use dark magic to kill me, which she was trained in. She even forced me to apply a gray colored “magic paste” in my private parts saying that it would attract a lot more customers and that more customers meant more money.

When this reporter went to her home, she found huge amounts of salt powder lying on the floor, all over Natasha’s room as if it was meant “to keep someone from walk in “. In addition, there were many suspicious objects that hinted at the practice of witchcraft in the room. The reporter also found the box of “magic paste” Zendaya was talking about.

‘The day I escaped’

One day, Zendaya managed to reconnect with her old “Ugandan prayer group” on WhatsApp where she shared her situation and asked for immediate help to rescue. In the group were some social workers and pastors who immediately sent an SOS message to many “Delhi prayer groups” on WhatsApp. Somehow, this message reached Walter from the NGO Manobal, which rescues victims of human trafficking.

Soon, Walter contacted Zendaya on the messaging app and began planning the rescue operation with her. Zendaya told her that she would only be allowed to leave the house if a client offered her an “unusually high price” to meet him at the chosen location.

So, within days, Zendaya finally found a client from Delhi who was willing to pay a hefty sum. On August 11, the client called her at a hotel in the Safdarjung enclave.

Jennifer and Natasha were happy that Zendaya managed to find a “wealthy client” and allowed her to leave the house. Zendaya said it was the first time she had come out of the clutches of her attackers since landing in Delhi.

Immediately after leaving the house in Noida, Zendaya contacted Walter who arrived with a team there and rescued her. Then they went straight to the Safdarjung police station to file a first information report (FIR) against the traffickers.

However, according to several witnesses present, the police were reluctant to file an FIR “since no incident had taken place” in their jurisdiction. After the police refused to file an FIR, they were repeatedly asked to file at least a daily log entry or zero FIR so that Zendaya’s medical examination could be completed and she could be offered shelter. These formalities are mandatory before a survivor in India can be transferred to a foster home.

“Why did I have to dial 112 from inside a police station to ask for help for a woman who needed shelter and a medical? Why can’t the police be sensitive when it comes to such trafficking cases?” Walter told this reporter.

Thread attempted to contact senior Delhi Police officials, including ACP VKPS Yadav of Safdarjung enclave, about the matter, but none of them responded.

Worse still, after survivor Zendaya provided Jennifer’s location in Delhi to the police, the police showed no interest in raiding the scene and arresting her.

It was 2 a.m. on August 12 when the Delhi Police decided to leave for Greater Noida Police Station so that they could transfer the case to them. Later, a raid took place at Natasha’s apartment where Zendaya had been locked up before. Zendaya’s passport was retrieved from her handler Natasha and she was taken into custody, but Jennifer is still at large.

The rescue team had now spent more than 13 hours with police in Delhi and Noida since Zendaya was rescued, and by 7am they returned to Delhi. The struggle did not end there.

“It was when the ACP VKPS Yadav intervened in the case that the case finally gained momentum. Her MLC (medico-legal file) was finally done and she got a foster home,” said Walter of the NGO Manobal.

Although Zendaya eventually found refuge and one of the accomplices was arrested, the whole process took 24 hours. While she is happy to have finally been rescued, she wants the police to arrest Jennifer and Judith, while demanding compensation for the suffering she has endured for almost a month.

Zendaya ended a month in India on August 17.

“I hope I get home before my son’s second birthday on August 27th. I’m sure he and my mum have so many questions about my sudden disappearance… Please pray for me” , Zendaya told this reporter as she wrapped the Bible. His arms.

*The name of the survivor has been changed to protect her identity.

Pari Saikia is a human trafficking journalist based in New Delhi.