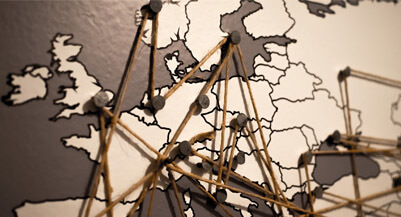 How to Avoid Hidden Fees When Sending Money Abroad

When you send money abroad in a foreign currency, banks charge you high transfer fees or offer you their own exchange rate that includes the fee. If you need to send large sums of money, these fees add up and the banks take a significant portion of your change for themselves.

Now, financial startups have sprung up in Canada offering much lower costs when transferring money overseas. One option is TransferWise, which launched in Canada in April. The app uses a peer-to-peer model that allows it to reduce the costs associated with international transfers in the traditional way.

How to save on currency exchange fees while traveling »

According to the TransferWise website, send any amount under CAD$333 and you pay a flat fee of $4 per transaction. Send more and you pay a fee of 1.2% of the total amount sent. For example, send CA$10,000 to a recipient in the United States through a traditional bank, such as TD Canada, and the recipient will end up with US$7,527.85. Send the same amount to the same recipient using TransferWise and they would end up with US$7,541 in their pocket. The larger the amount transferred, the greater the price difference.

A less attractive aspect of TransferWise is the delay time; according to their site, a deposit in Canadian dollars will take two to four business days to arrive at TransferWise. There is also a maximum transfer limit of CAD $5,000 per day and CAD $20,000 per two weeks using direct debit. You can use SWIFT payment for larger sums of money, but this will incur higher fees from your bank.

The genius behind TransferWise’s peer-to-peer model is that money never travels internationally. Instead, TransferWise matches two people who want to exchange the same amount, but in opposite currencies.