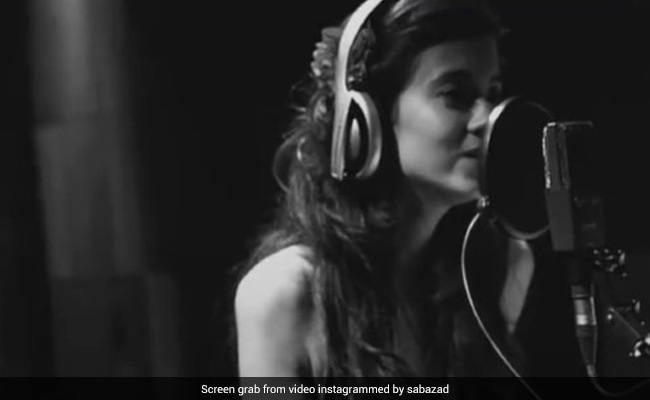 Saba Azad in a still from the video. (courtesy: sabazad)

Actor-singer Saba Azad recently released her new song and she shared a video on her Instagram profile on Saturday and guess who gave her a huge shout out? Saba’s alleged boyfriend and actor, Hrithik Roshan. Sharing the video on his Instagram Story, Hrithik Roshan wrote, “It’s beautiful.” He accompanied the post with a heart emoji. Rumors that Hrithik Roshan was dating Saba started making the rounds when they were spotted at a dinner party earlier this year. Saba is often photographed with Hrithik Roshan’s family. Saba and Hrithik made their relationship official on the red carpet at Karan Johar’s 50th birthday party.

Saba Azad captioned the post: “I hear your voice is yours now. Ten years after birth – free at last! If there ever was a time machine for human use, it must be the song… Music has such a way of transporting to another time – I’m here in Serbia, shooting an independent film, watching this video and thinking about little Saba – her dreams, her hopes for herself and for the world and my head is spinning at how little we know about the future and I’m so thankful that it surprised me and continues to do so.”

Here is a screenshot of Hrithik Roshan’s story: 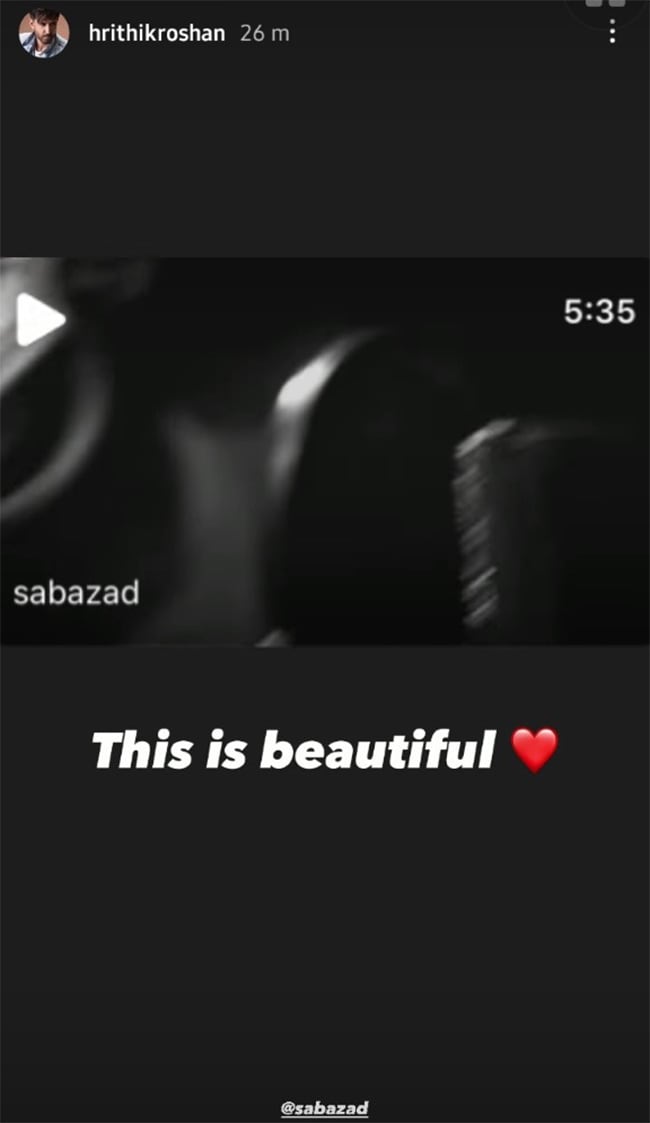 Here is what Saba Azad posted:

Saba Azad is also a musician. She starred in movies likeDil Kabaddi and the 2011 movie Mujhse Fraaandship Karoge. She was also part of the Netflix anthology Feels like Ishq. She was last seen in the web series Rocket Boys.

Hrithik Roshan was previously married to interior designer Sussanne Khan. They married in 2000 and divorced in 2014. They continue to co-parent sons Hrehaan and Hridhaan. Sussanne Khan and Saba Azad feature frequently in the headlines of their social media exchanges. Apart from this, Sussanne also attended Saba’s concert in Mumbai a few months ago.