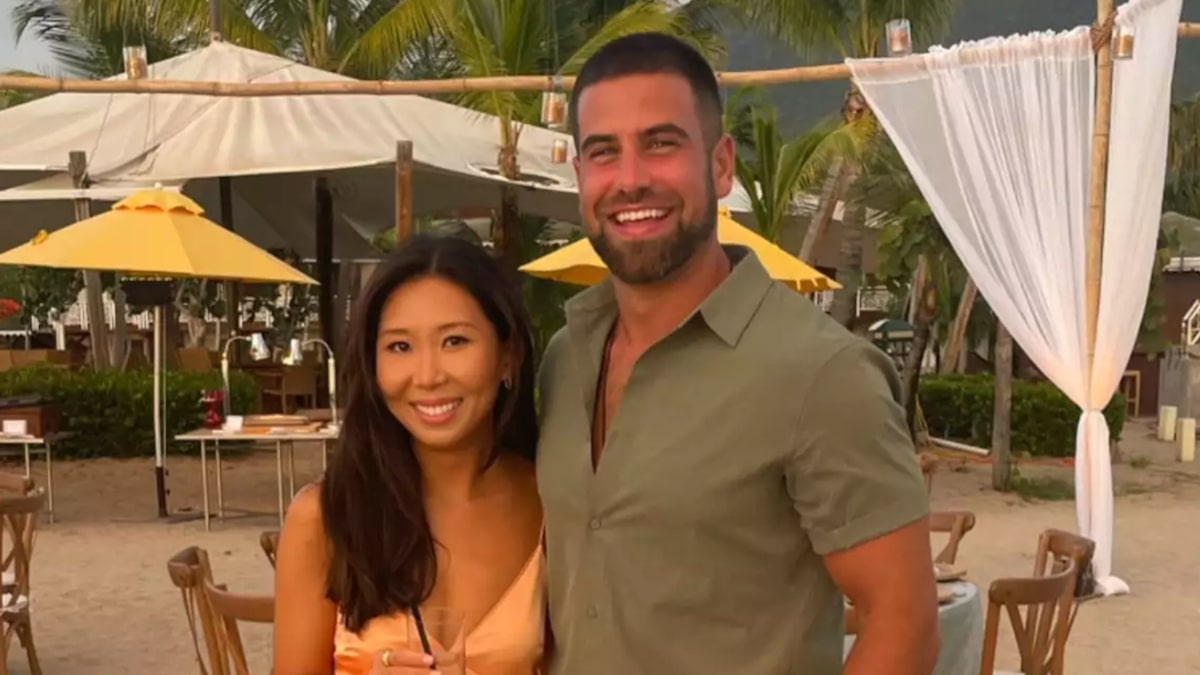 Could a new reality TV romance be in the works? !

In case you missed it, last week Blake Moynes went on another conservation trip to the Caribbean, and this time it was with the Sea Turtle Conservancy.

While working with the organization to help save sea turtles through research, education and advocacy in the West Indies, Blake sparked romance rumors with another person during the trip.

Reality star Natalie Lee of ‘Love Is Blind‘ is on a trip and fans have started to wonder if the two are a couple based on their social media posts.

They sparked romance rumors when Blake called Natalie a “breakfast date” on her Instagram Stories.

So now, “Click Bait with Bachelor Nation” co-hosts Tia Booth and Joe Amabile are weighing in on the speculation.

Tia started by saying, “I’m going to say no. We just talked about it, but if a man and a woman are dating, that doesn’t mean they’re dating. It proves that people speculate on it.

She went on to say, “I’ve seen them together in videos and if you listened to our podcast with Blake, we knew he would take these trips for what he does for work. He said there would be cross travels with guys and girls. We knew!”

Joe agreed and chimed in, adding, “I also agree with you. There have been some cute, funny and flirty moments between these two via Instagram Stories. But then you have these spoiler accounts making a compilation of these stories, so if you’re someone just watching, I understand how you might think they were together. They were laughing and cheering on margaritas. They’re in the Caribbean, but they’re looking for turtles. This is not a romantic trip.

Tia also shared that she actually asked Blake to be on this trip as well.

She said, “That was the trip I wanted to take! I love turtles but he said sorry it was already full. It could have been me!

And Tia also said she thinks Blake just likes to stir up speculation with fans for fun.

She said, “I think Blake just eats that shit because remember he teased the whole ‘Paradise’ thing. I think he just likes to bring people up just to see what they’re going to say. He’s just having fun with it. It’s not to be a jerk, just to have fun. I don’t think they are dating.

And while they don’t think they’re together, Tia shared, “I think they would be a cute couple, though!”

Joe agreed and said, “I mean, who knows? Maybe they are dating! We clearly don’t know.

For more from Joe and Tia’s conversation on the “Click Bait with Bachelor Nation” podcast, check out this week’s episode below.

Waiting for your permission to load the Spotify episode.