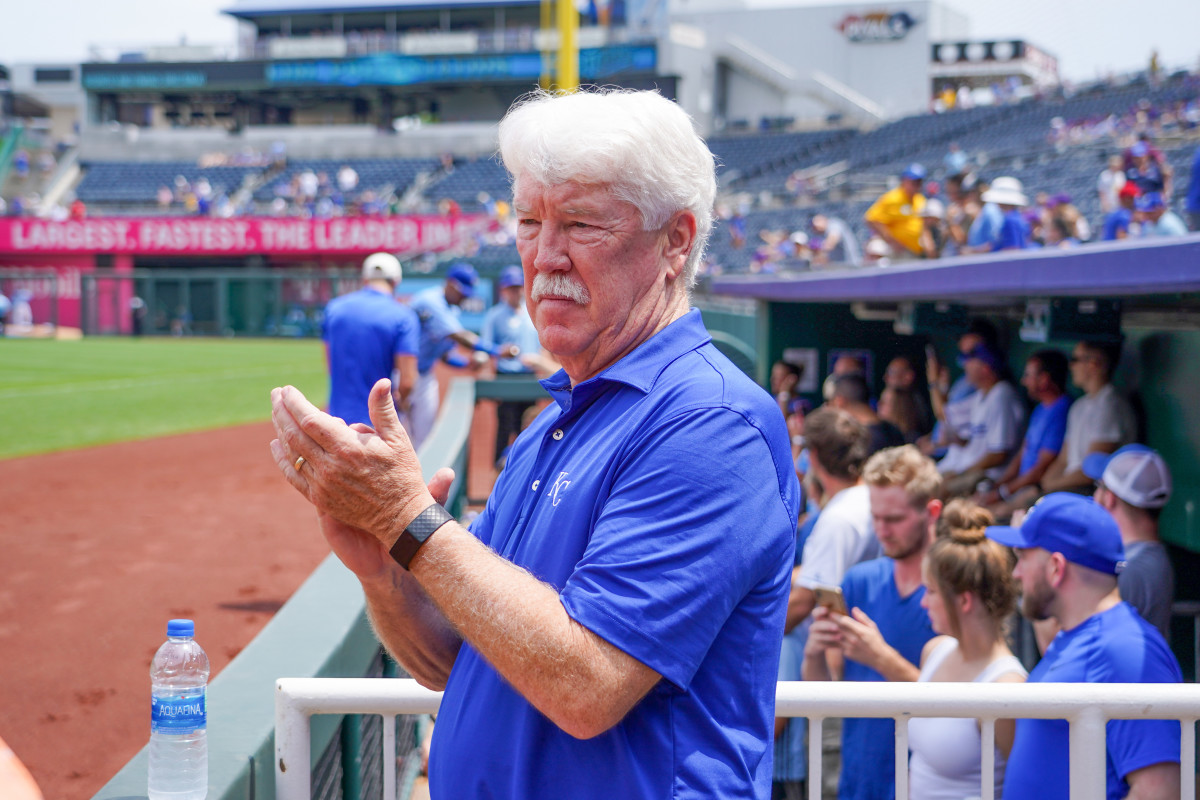 The Kansas City Royals are struggling to find silver linings this season, and that should come as no surprise to anyone.

After 56 games heading into Friday’s game, Kansas City is 19-37 that’s “good” for the second-worst in all of baseball. Only the Oakland Athletics, losing nine in a row at the time of this article’s publication, are in more trouble. That said, the Royals won the last game of their series against the Toronto Blue Jays and the first game of their set against the Baltimore Orioles. All things considered, it’s a small victory.

In the second edition of Inside the Royals mailbag, I answered questions on Twitter and will answer them below. Topics cover everything from individual success (or failure), to a potential new stage being mapped. A huge thank you to everyone who asked questions. Without further ado, let’s jump in.

Zack Eisen (@zackeisen21): IF the Royals continue like this, which players are you ready to sell before the trade deadline?

If the Royals continue to struggle as they have to start the year, few players should be banned when it comes to trade talks. Rookies Bobby Witt Jr. and MJ Melendez, as well as future (?) rookies Nick Pratto and Vinnie Pasquantino should be safe in this scenario. Apart from them, however, there is not much I would not trade of this team.

Anything trade-related for this team has to start with Andrew Benintendi. The veteran is having the best season of his career and will be a free agent after the end of the 2022 campaign. If the Royals don’t extend his contract, trading him to at least get something back makes a lot of sense. Whit Merrifield is also a popular trade contender, but has been for years. More on him later.

Two other names to consider; one possible and one almost surely off the table for the needs of the Royals: Scott Barlow and Salvador Perez. Barlow continues to hit fantastic innings at the back of the Kansas City bullpen and controlling his club going forward could be attractive to a contending team looking for a relief pitcher. The likelihood of the Royals actually trading Perez is at or near zero, but Melendez’s emergence and Perez’s streaks this season are at least worth thinking about here in our little mailbag world.

Mark Schremmer (@MarkSchremmer): Are there prospects hiding in that mailbag?

Not a ton, to be honest with you, but there are a few that work quite well. 2021 second-round pick Ben Kudrna has a 0.66 ERA in four starts with Low-A Columbia. He also has 16 strikeouts on 7 walks. LHP Angel Zerpa flashed Double-A. Fellow left-hander Anthony Veneziano pitched a seven-inning shutout for the Naturals on Thursday and is starting to look more and more impressive on the bump.

Elsewhere, Drew Parrish is a name to watch. The 24-year-old southpaw has dominated the Double-A this year, pitching 55 innings while spinning a 2.13 ERA and limiting the longball to a .82 HR/9 clip. His Triple-A debut on Thursday didn’t go to plan as he allowed four earned runs in 42/3 sleeves. Parrish recorded seven strikeouts on the outing, a testament to his ability to get past batters when needed. If it can continue to develop in the minors, its ETA relative to other pitching prospects should be at the beginning of the time spectrum.

Merrifield’s season numbers are still hugely disappointing as the veteran slashed 0.225/0.264/0.316 in 56 games. Over the past month, however, he’s been damn good. Dating back to May 10, Merrifield’s batting average is .299 and his SLG is .441. His 122 wRC+ in that span is one of the Royals’ highest marks, which hopefully translates to a fantastic baseball prospect. Power was never a major part of Merrifield’s game, but his ability to store hits has been back for about 140 plate appearances. If this continues, your fantasy team might rebound as well.

Jogen Ninefingers (@jhaug2): What are the best options for other teams to cheer on? I want it to be the angels… but now they look like they’re toast too. The royal family is doing everything in their power to drive out this lifelong fan.

From a non-fan perspective, even I can sympathize with you. It’s been a brutal season for the Royals, and the lack of proactivity (or even responsiveness) is suspect at best. With that in mind, here are a few teams that I find fun to watch:

If the Royals aren’t on your TV screen – either by nature of timing or active choice – then watching any or all of the aforementioned five teams may bring you joy or intrigue.

Salvy for MVP (@KCAirForce21): What will it take for Dayton Moore, Cal Eldred, Carlos Santana, Ryan O’Hearn and potentially Mike Matheny to finally be dropped into the sun? Or at least the unemployment line.

That seems to be the million dollar question among those who follow the Royals. Let’s cover the player-specific items first. For Santana, I wrote that the hype train should soon reach its final destination. The 36-year-old has been playing some really good baseball lately and as such, the Royals should start lining up or making trade calls for him very soon. O’Hearn, an extraordinary pinch shot that offers little else, may be safe until Pratto or Pasquantino, or both, are called from Triple-A Omaha. Even then, Kansas City’s loyalty to him suggests a DFA may still not be in the cards.

Re: Matheny… it’s not all his fault. Managers, generally speaking, have less impact on the outcome of games than most people realize. They are also not in charge of transactions or list building. At some point, players just have to do their job better.

That said, Matheny’s bullpen lineups and management have been questionable throughout the year and he hasn’t always received the best reviews for his ability to command a clubhouse. Speculation is rife at this time of year and while his seat is likely to be hot, I would be shocked if the Royals fired Matheny before the end of the season. As for Eldred, it wouldn’t be so shocking (many had been expecting it for weeks).

Moore is a badass. The club’s president of baseball operations is responsible for building a World Series champion, but he’s also responsible for keeping the Royals in a rebuild that’s taking far too long. Owner John Sherman will need to have a serious talk to him at the end of the year to make sure everyone is on the same page regarding the direction of the team. If Sherman feels change is needed, he needs to pull the trigger and make it happen. This winter will define the future of the Royals for years to come.

Fat White Goodman (@ghostoffatwhite): (John) Sherman wants a “downtown” stadium, so where do you think they put the stadium in Las Vegas?

We all know that a total relocation outside of Kansas City isn’t going to happen (so does my friend Goodman, so don’t chase him on the internet).

I may be crazy, but I’m starting to calm down at the thought of the Royals moving downtown. Not the idea itself – it would be a good thing to see in Kansas City and there’s enough logic for it to be a success if it happens – but the likelihood of it happening. Before the start of this season, I thought it was more likely than not. Perhaps it’s the struggles of the team that lead me to believe that prioritizing leadership first is more important, but I’m on the fence now.

On the other hand, pointing to the remaining lease at the Truman Sports Complex as “they’ve got plenty of time!” the defense is not so precise. Things move fast in the world of baseball, and these plans/builds don’t happen on a whim. Sherman has made it clear he’s intrigued by the possibility of a downtown stadium, and it probably won’t get anywhere. I guess we’ll wait and see.*

* Discussing potential taxpayer contributions or all possible funding streams is above my pay grade.

Once again, thank you to everyone who submitted questions for the second Inside the Royals mailbag. Let’s talk again in a few weeks.