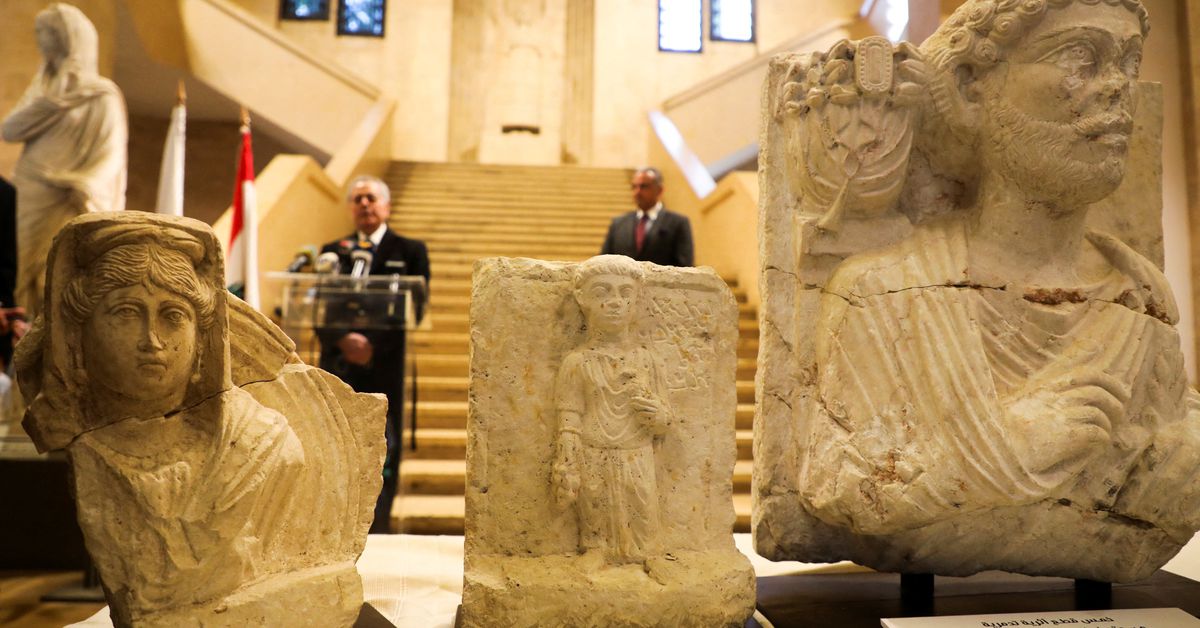 BEIRUT, Jan 20 (Reuters) – Five Roman artifacts from the ancient city of Palmyra, a site damaged during Syria’s decade-long conflict, were returned to Damascus on Thursday from a private Lebanese museum where they had been on display since 2018 .

The limestone statues and carved funerary stones dating from the 2nd and 3rd Roman centuries were returned on the initiative of a private Lebanese collector, said the head of Syrian antiquities Mohamed Nazir Awad during a handover ceremony organized by the National Museum of Lebanon in Beirut.

The collector, Jawad Adra, acquired them from European auction houses before the start of the war in Syria in 2011, Awad said, describing his actions as “a generous initiative”.

The pieces, which had been on display at the Nabu museum in northern Lebanon, were returning to “their original homeland”, the Syrian official added.

During the Syrian conflict, the site of Palmyra, one of the most important cultural centers of the ancient world, fell under the control of the Islamic State group, which blew up some of its major monuments, including the Arc de Triomphe.

Syrian Ambassador to Lebanon Ali Abdul Karim said talks were underway to organize the return of other artifacts from the National Museum of Beirut to Syria.