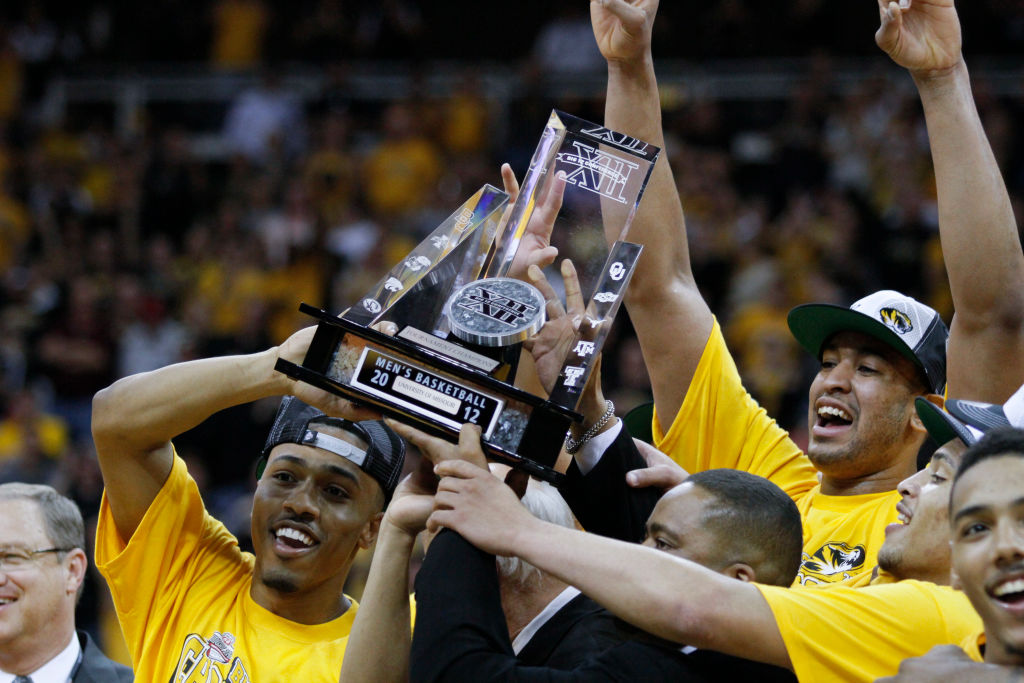 Kansas Reflector welcomes opinion pieces from writers who share our goal of expanding the conversation about how public policy affects the daily lives of people across our state. Eric Thomas directs the Kansas Scholastic Press Association and teaches visual journalism and photojournalism at the University of Kansas.

My wife’s stepfather, Mike, was notoriously slow to soften. This was especially true if you were me, the naïve, high-spirited kid dating his stepdaughter.

A special interaction between us lives in family traditions. I came to visit Kansas City as a freshman photojournalism student at the University of Missouri. However, a baby shower flooded the house with diapers, pink baby toys and cooing aunts. I retreated to the safety of Mike’s workshop. The menagerie of power tools, wood glue, and sawdust appealed to me.

With some mid-’90s enthusiasm, I asked Mike, “What are you working on?”

Huddled behind his bench, his hand gripping a vise on a piece of wood he was filing, Mike looked up. Over his oversized glasses perched on the tip of his nose, he said, “Why don’t you go inside?”

I got the message. For years, I tiptoed around him, until we established a tender, public truce over the weekend I married Polly. Still, I worried about bringing her big news, even after decades of family.

Eight years ago, I had news for him.

My wife’s family loves the University of Missouri and its sports teams. Black and gold diplomas adorn the offices of so many family members. We’ve rearranged birthday parties to avoid distracting Tiger basketball games. Cousins, uncles and parents hounded in freezing cold and absurd heat in Colombia. My wife and I had season tickets for Mizzou basketball while we lived in Kansas City, driving zombies west on Interstate 70 at midnight from Wednesday night home games against Texas to get to at work the next day.

Yet, eight years ago, I accepted a job at the University of Kansas. I was going to be a Jayhawk. I was, impossibly, swapping black and gold for crimson and blue.

When I told Mike about the new job in Lawrence, he lay down on the couch in his favorite Missouri polo shirt. He didn’t blink.

“When are you leaving the family?” he said.

I laughed, but he didn’t.

That kind of rivalry—with that hellish allegiance—is the fuel of college sports. Or, it was.

This week’s announcement that USC and UCLA would join the Big 10 conference in 2024 was step 247 of the 458-step plan to take down college sports and its quirky but sizzling regional rivalries.

This news was preceded by step #246, who was recruiting from Brigham Young University, University of Houston, University of Central Florida and University of Cincinnati to the Big 12 to join KU, Kansas State and others. Texas and Oklahoma had reported exits of the Big 12 last summer. Only six of the original Big 12 will remain in a conference stretching from Florida to Utah.

Fans who have coalesced for decades around the Jayhawks, Tigers and Wildcats have experienced disintegration earlier and more completely than anyone else.

Fans who have coalesced for decades around the Jayhawks, Tigers and Wildcats have experienced disintegration earlier and more completely than anyone else.

Before I go any further, I admit this: I still resent my double alma mater, the University of Missouri, and his choice to leave the Big 12 in 2012. This early but deliberate domino move invited the chaos and perpetual realignment we are experiencing.

MU and Texas A&M leaving the Big 12 (plus Colorado and Nebraska leaving for other conferences) provided a roadmap for the others. Meet in secret. Leaked the possible move to the press. Sprinkle questionable talk about academic benefits for student-athletes. Ignore that conference names don’t make sense (the Big 10 has 14 teams and two affiliates?). Collect the oversized check at the end.

It sounds simple. The SEC conference media deals exploded, and many fans were quick to accept the additional schools as the new status quo.

However, I was hungry for the “old Big 12”. The compact regional version of the conference featured weekly games that mattered because you knew the opposing school, their colors, and their history.

There was a familiarity. In your office, three people in adjoining cubicles were wearing K-State shirts. A few years ago, you visited Ames on a road trip. You and your uncle had a standing bet every time you played in Nebraska. Games against schools in neighboring states were of weekly, if not daily, importance.

Evidence of the importance of these games could be heard on the radio and seen on “House Divided” license plates. I have video, taken with my cell phone, from the seats of the 2012 Big 12 Men’s Basketball Championship in Kansas City. Celebrating my Tigers victory in the tournament, you can hear my voice cracking – in a way I reserved for the birth of my children and my family’s funerals. This victory counted.

In winning the tournament, the Tigers beat Oklahoma State, Texas and Baylor.

Tigers rivalries now? My enthusiasm for a Missouri vs. South Carolina game sucks. I don’t know a single person I can harass, bet or avoid after a game against the Gamecocks, Commodores, Bulldogs or… well, I don’t even know all the SEC mascots, to be honest.

During football seasons, my brother-in-law, an avid Mizzou fan, still puts his mobile phone on restaurant tables to watch the games. However, the games that “matter” are between Texas A&M and Alabama or Michigan and Nebraska. These blue-blooded football teams would have rarely faced each other before the conference scramble.

As Josh Levin pointed out on this week’s show “Hang Up and Listen” Podcast, sports fans are growing impatient for anything short of a “showcase” game with one historic program playing another. (I would note here that traveling youth sports are similarly rapidly reorganizing to create marquee matches… between the “elite” 12-year-olds.)

Jayhawks, Wildcats and Tigers: How do we fans of some of the disbanded and realigned early conferences feel a decade later? I have yet to find a local college sports fan who is free from nostalgia for the era of nearby rival schools, rather than the super leagues criss-crossing the country for potential games of the century every week.

Living in Kansas and Missouri, we got a glimpse. We don’t like the realignment, and yet it is progressing and getting even bigger.

Through its opinion section, the Kansas Reflector works to amplify the voices of people who are affected by public policies or excluded from public debate. Find information, including how to submit your own review, here.

Watch pre-season LIVE on Arsenal.com and the app | New