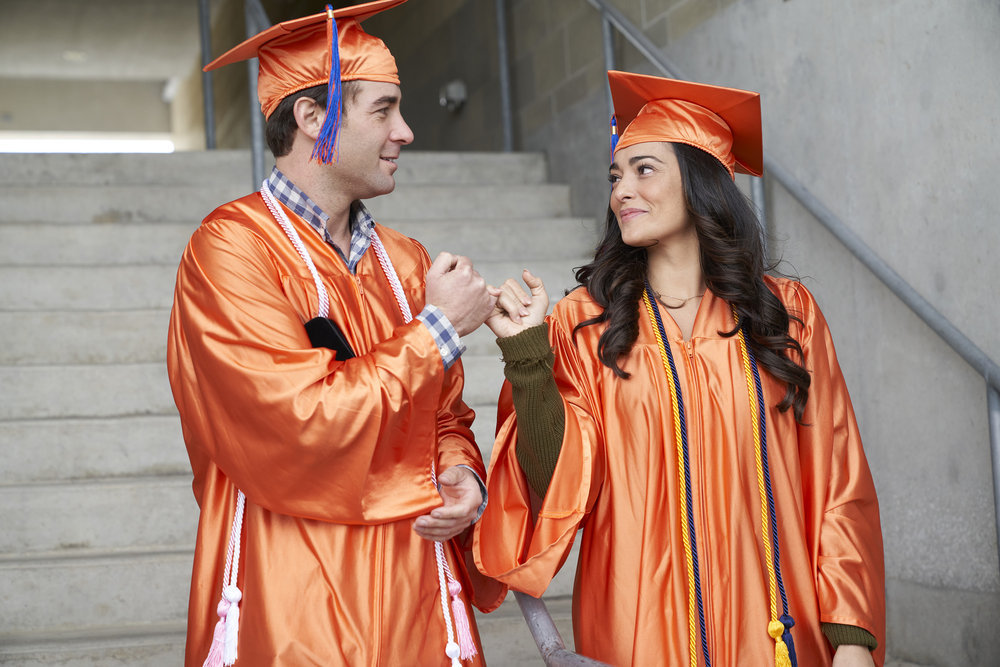 Actors spend their lives playing an assortment of characters. If they are lucky enough to land a role in a popular TV series, they will have the opportunity to play different sides of this character.

James Wolk is starting ahead of the norm as he will play three characters in NBC’s new drama, “Ordinary Joe”. It’s set to debut at 10 p.m. on September 20 on NBC.

To be clear, Wolk plays three characters – a rock star, a policeman, and a member of the medical profession – who are all the same person. “Ordinary Joe” is based on the idea that there are times in a person’s life when a different decision can change their entire life.

In the case of Joe Kimbreau, he has three choices he can make after graduating from college. A typical TV drama would only follow one of these options to show the direction of the character’s life. This series weaves together what would have happened with the three choices.

Wolk says, “It’s incredibly difficult. The amazing thing about this show for all of our characters is that until they’re around 21 it’s a linear path of their lives. The choice Joe makes takes him, for the next 10 years, in radically different directions, and these given circumstances are the shape he becomes in each of these worlds.

It highlights the relationship Kimbreau and Amy Kindelan (Natalie Martinez) have in the series. In one world they are married and in another world they are dating. On a filming day, the actors might spend the morning arguing with their wedding and the evening filming a scene where they have a perfect date.

There are variations to each of the paths for Kinbreau but – at least at the start of the series – there are merits to each. Wolk sees the show as a way to examine big philosophical questions.

“It plays with the idea of, like, what is success? What is happiness? Because you see all of these characters finding success and happiness in their life, or lack thereof, and sometimes it has nothing to do with what we consider to be successful, which is external things, like the money, cars and music, ”says Wolk. . “[musician] Joe has money, cars, and anything you could possibly want from a materialistic standpoint, but he feels emotionally robbed of some things.

“I think what’s cool is there isn’t a right choice. We do the best with what we have. And, sometimes what we think of as success is not what makes us happy. “

Dealing with the tangled world of “Ordinary Joe” presents Wolk with one of his biggest acting tests. The Michigan native played a character with a single life trajectory in “Watchman,” “Tell Me a Story,” Goliath, “and” Zoo. “

Wolk landed the lead role in the short-lived Fox series, “Lone Star” and appeared in “Political Animals”, Mad Men “,” The Crazy One “and” Billions “.

This new job for Wolk means he has to remember how to play out all the variations on the themes of this man’s life. The writers and producers each create each of the three scenarios separately, then mix them up. The key is to make sure the flow is smooth between each of the different versions of the character.

Executive producer Garrett Lerner jokes that there aren’t enough whiteboards in the world to keep track of everything that happens on the show.

Wolk is able to handle all the different tasks thanks to the support he receives from everyone involved in the show.

“I really believe that, for example, our producers and writers have our best interests at heart when they write this, when they program that,” Wolk said. “The truth is, due to production constraints, it’s really hard to be able to shoot straight through all the Music Joes, all the Cop Joes, all the Nurse Joes, for a simple question you have a slot amazing that can double as a therapy session in the world of Nurse Joe, but it could also serve as a lobby in the world of Music Joe.

“Inevitably, you’re going to start having days where you double up on characters. And, that’s just a bit normal for the course. When you do a three worlds show, you’re going to put on fake beards and spend time in a chair doing your hair and makeup. “