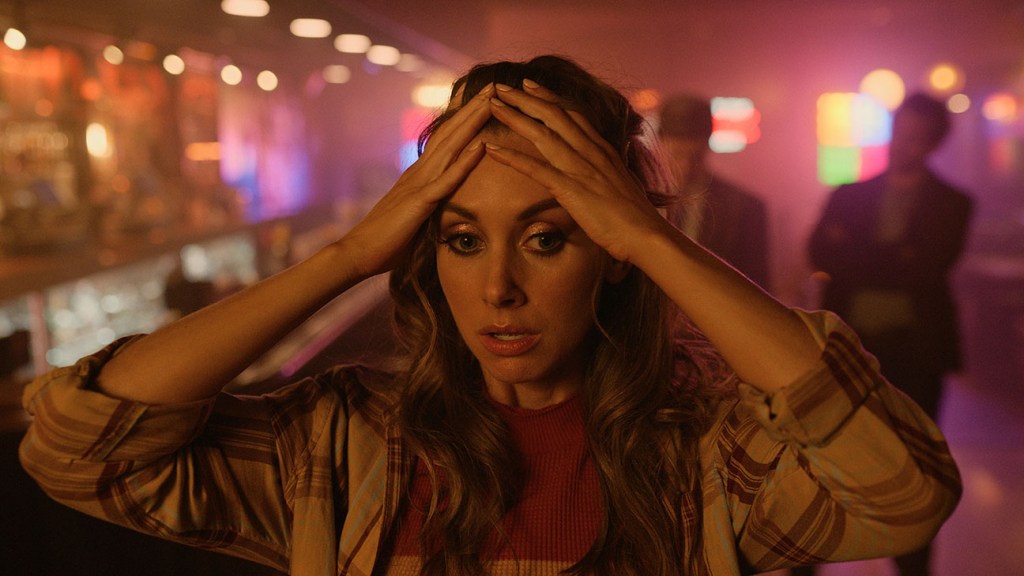 Apparently what lies at the heart of Apple TV+ Roar are a series of essential truths about femininity today – or, at least, the essential truths about femininity as understood by a certain type of (mostly straight, mostly middle-class, mostly American) women today today. The anthology’s eight half-hour episodes are created by women and center on female characters dealing with issues such as mother’s guilt, misogyny or abusive relationships, with a touch of magical realism to elevate these daily preoccupations to the rank of fables.

Yet in his attempts to universalize these intensely personal experiences, Roar loses a lot of the heart that’s worth it to begin with. It’s not that the series is lazy; every installment looks carefully planned and polished, and even the worst have a moment of wit or remarkable beauty. Is that trying to speak for so many people, Roar ends up saying very little.

Terribly tame, despite its ferocious title.


Almost all tales are packaged the same, with a title that suggests an old folk tale, a familiar situation with a whimsical twist, and often closing dialogue that sums up the story’s themes for those who still don’t understand. Of the, Roar varies in style and tone – although the series as a whole is created by Liz Flahive and Carly Mensch (GLOW) and based on Cecelia Ahern’s 2018 short story collection, each individual episode is helmed by a different combination of stars, writers, and directors.

Most fantasy flourishes come from a common metaphor made literal. At best, they help deepen the characters and stories we watch. In “The Woman Who Returned Her Husband”, by far the most emotional episode of the entire season, the wedding market – by which I mean an actual aisle in a big box store – becomes a medium for Anu ( Meera Syal) and Vik (Bernard White) to reevaluate their 37-year relationship, and for us to better understand the turmoil that kept them apart.

And even less successful entries can yield moments of disarming beauty or weirdness, like the dreamy montage of memories that flood a motel room when a mother (Nicole Kidman) devours family photos in “The Woman Who Ate Photographs”.

But too often Roar doesn’t seem to have much to add to the metaphor that the metaphor itself hasn’t already conveyed. It’s a clever idea to make Wanda (Issa Rae), the literary protagonist of “The Woman Who Disappeared,” realize that she doesn’t just To feel invisible to white male executives adapting her latest bestseller, she is Actually invisible to them. Or having Ambia (Cynthia Erivo) of “The Woman Who Found Bite Marks on Her Skin” discover that her all-consuming guilt for being a working mother leaves bloody wounds (one of which is so horribly, deliciously grotesque that I had to avoid my eyes). But the concepts run out before they can be taken up a notch or find themselves unexpectedly subverted.

At least it is easy to see what these premises were used for. “The Woman Who Was Fed by a Duck” is a fairly straightforward drama about an increasingly toxic romance, or it would have been without Alisa (Merritt Wever) dating a mallard duck (voiced by Justin Kirk). What is accomplished by turning his love into a waterfowl is unclear, since their relationship still runs more or less along the same dynamic as if he had been a human male – only with the added layer of confusion and confusion. discomfort that comes from watching Wever (who deserves so much better) tries to wink at a duck.

Which makes Roar so frustrating is that all is not bad. Indeed, considered piece by piece, many of the choices he makes look pretty good. The casting is impeccable; even the minor roles are filled with popular and beloved performers like Daniel Dae Kim, Jake Johnson, and Jillian Bell, not to mention its star-studded leads. Each story has a distinct tone and aesthetic – whether it’s the cupcake-tipped pastels of “The Woman Who Was Kept on a Shelf,” a fairy tale about a beauty (Betty Gilpin) put on a pedestal, or the sickly grime of “The Woman Who Solved Her Own Murder”, Se7fr– thriller with Alison Brie. There are lines that made me wince in recognition and bits of physical comedy that made me laugh out loud.

But the episodes seem less than the sum of their parts. The whole series, even more. RoarThe reach of the universal is to the detriment of the specific. Its characters are flattened into paper dolls playing quirky little fables meant to convey broader and deeper revelations, instead of being fleshed out into three-dimensional individuals with arcs worthy of attention in their own right. Which I suppose is yet another one of those relatable female experiences: the disappointment that comes from seeing even well-meaning, painstakingly crafted and ostensibly empowering media reduce our stories to what they “mean”, instead of seeing us for the strange, complicated unique individuals that we really are.

Bison game record on day one of Stampede at the Creek