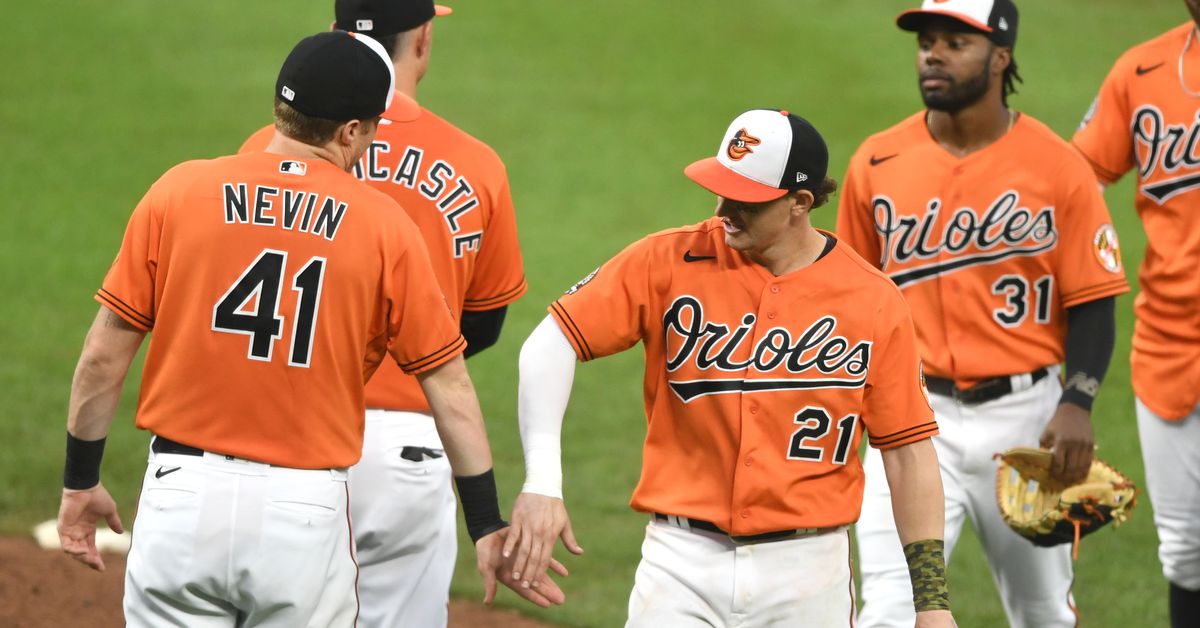 The rain couldn’t dampen the Orioles’ current form. They extended their winning streak to a league-best seven games on Saturday afternoon, beating the Angels 1-0 in front of a shirt-clad Hawaiian crowd at Camden Yards.

The victory moves the Orioles to 42-44 this season with a chance to end the day just three games away from a wildcard spot in the American League. Each win during this streak has seemed more unlikely than the last, but the conclusion is the same. These Orioles are, in fact, pretty damn good.

The pitching belonged to the day on both sides in this one. O starter Dean Kremer got back on track after a rough outing earlier in the week, and Angels pitcher Patrick Sandoval was equally impressive, striking out 10 of his 6.1 innings.

Kremer would last just five innings as the Angels roster inflated his pitch count and made him work his way out. It took him 25 pitches to get out of the first inning even though he only allowed one base runner, a walk to Shohei Ohtani. He threw 26 more pitches in the third inning. It was a theme for his day.

But it was still an impressive start. He faced Mike Trout three times and avoided major damage with a flyout, a walk and a ground out. This pitch was particularly important because it represented the end of the Angels’ only real threat to score on Kremer.

With one out in the fifth inning and a runner (Brandon Marsh) at second base, Trout hit a grounder at third base, where Tyler Nevin recovered and fired to Trey Mancini at first base for the out. Marsh took third on the pitch, but Mancini fired after registering the out. His throw was late, but Marsh’s slide knocked him out of the bag as Nevin held down the tag to complete the double play and end the inning. It was a bit of luck, but also a bad base run with defensive MVP Ohtani expected to follow.

The Orioles had already scored their only run of the day by then. In came in the fourth inning. Ryan Mountcastle went no-out and moved to second base on a wild throw from Sandoval. And that allowed Anthony Santander to hit a single into left field to score Mountcastle and put the good guys up 1-0.

There was no other real chance for the Orioles to score. Sandoval was terrific and the two Los Angeles relievers (Aaron Loup and Andrew Wantz) after him gave up no hits in their 1.2 innings of work. Fortunately, Baltimore’s bullpen was just as good.

Bruce Zimmermann returned to the big leagues in a relief role, and he was immediately ordered to follow Kremer. It wasn’t the most impressive innings as he allowed a pair of singles and needed a double play to get out of trouble. But he got away with it unscathed.

Joey Krehbiel took the seventh and immediately served a brace on the outside scoreboard to Luis Rengifo. A steal to deep left field from Kurt Suzuki moved Rengifo to third base. But Krehbiel fought back, getting a huge strikeout from Marsh for the second out. Brandon Hyde called on Félix Bautista for the final, and he delivered, prompting a weak ground ball from Jonathan Villar to end the frame.

The big right-hander stayed for the eighth in which he faced the heart of the Angels formation: Trout, Ohtani and Taylor Ward. It didn’t cause Bautista much trouble. He took out Trout and Ward with an Ohtani pitch in between. His sensational rookie season continues.

That left the ninth inning to Jorge López, and of course there were some hairy moments, like when he hit Michael Stefanic with an out, or when pinch runner Andrew Velazquez stole second base, or even the endgame. of the game, which Suzuki seemed to hit pretty well, but Austin Hays still managed to find. López closed things down anyway, pulling out two in the process and earning his 16th save of the season.

It wasn’t the best performance for the offense, but the man made throw continues to impress. Kremer seems to have turned a corner. Bautista is amazing. And it looks like López has finished everything that got him going last week.

And the team vibes, in general, continue to be immaculate. A team does not win seven games by accident. These guys can play ball and they take advantage of a weak spot in their schedule. That’s what competitive teams do. They’re stacking up wins, smashing their way into the playoff picture, and forcing the front office to make tough decisions. This is what you expect from your team as it nears the end of a full rebuild.

The O’s get another chance against the Angels on Sunday as they look to push their winning streak to eight and complete a second straight sweep. Austin Voth (0-1, 7.20 ERA) is expected to start. He will be opposed to José Suarez (1-2, 4.30 ERA). The first pitch is at 12:05 from Camden Yards, and beware, this game is on Peacock, so yes, it will be a pain to find for many of us.

Who played the most Birdland on July 9?

Album Review: Kelly Hoppenjans – Can’t Get the Dark Out