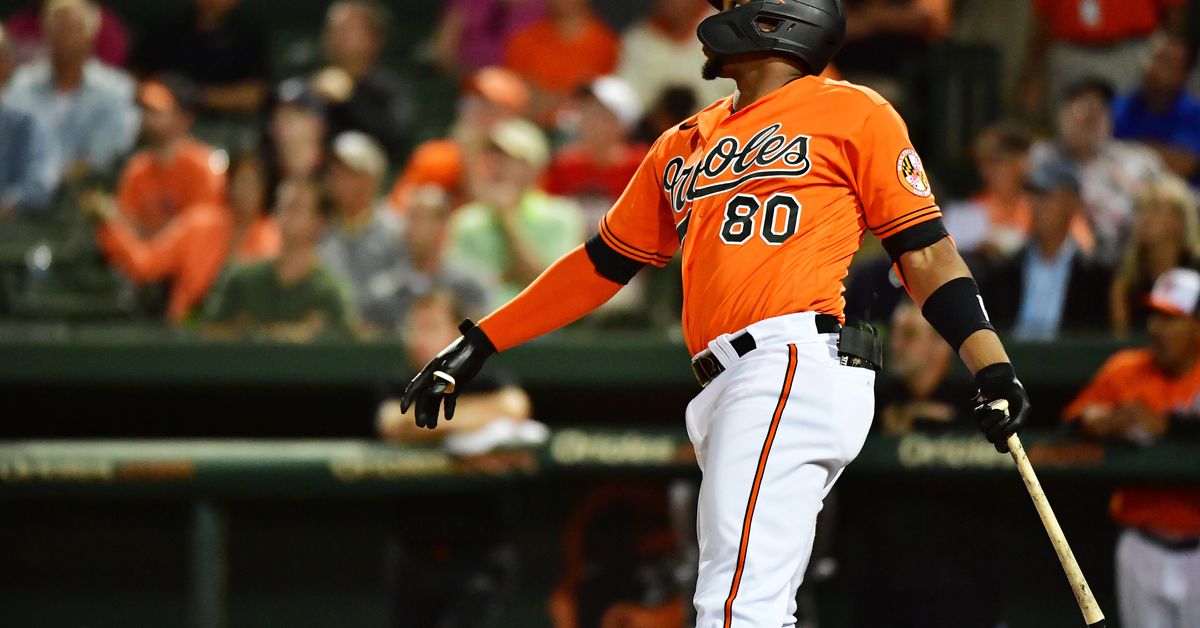 The Tides lost this game on a bizarre play in the bottom of the ninth, described in the box score as “Marco Hernandez on a sacrifice volley to third baseman Tyler Nevin in foul territory.” Ronny Gonzalez scores. Does a walkout bag fly off on a third place pop-up foul? I couldn’t find a video of the play, but I’m curious how it went. Looks like this was a Gonzalez baserunning game, so kudos to him.

Before that, the Tides fought pretty well, using their seven hits to score five points. Overall, No.1 prospect Adley Rutschman, as a DH, had three of those hits, all in singles, and is now beating .321 with an .845 OPS in Norfolk. Trailing 5-2 in the ninth, Norfolk scored three runs to equalize, topped by a two-run single from Robert Neustrom. Neustrom also got a basics-laden walk earlier in the game.

And hey, look who hit – Yusniel Diaz! The ill-fated outfield prospect (# 12), arriving at the end of an atrocious season, delivered his first long ball in just over three months (June 25). He still just beats .162 with a .472 OPS total for Norfolk, but maybe he can get some momentum during this final week of the season to send him into the winter on a good note. Elsewhere, it was a tough night for No.29 Nevin, who went 0-for-4 with a pitch error and let the winning score score on the contextual foul. Kyle Stowers (# 11) went 0-for-4 with two strikeouts but still hits .297 with an .844 OPS at Triple-A.

Four of the Tides’ five pitchers in that game have spent time in the majors this season, and that quartet – Dean Kremer, Paul Fry, Dusten Knight and Manny Barreda – combined to pitch six innings without allowing a earned run. Kremer was dazzled with three no-hitting innings, two marches and five strikeouts, although he was pulled out a bit early, perhaps to keep him as a starting option for the Orioles last week. The news wasn’t so good for right-hander Blaine Knight, who spat five runs and six hits in 2.2 innings of relief, bumping his ERA to 8.85 in six games at Norfolk.

Harmaty’s second half pushes men’s football back to Bowdoin

Drinking grape juice to prevent stomach flu is not proven