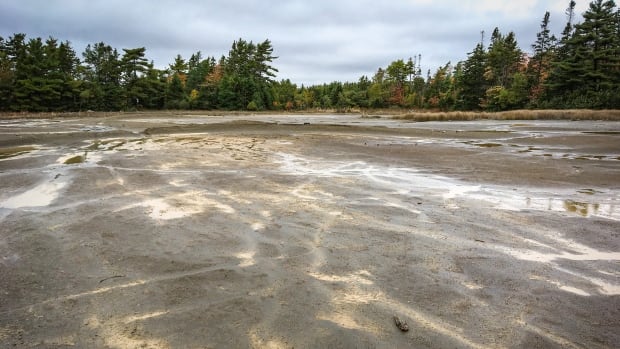 Province releases risk ranking of potentially contaminated historic mine sites — year and a half after saying it would be.

The list includes 69 sites dotted around the province that once housed a range of mining operations dating back to the 1800s. The CBC requested the listing under freedom of information rules.

Many of the more important sites are former gold mines, while many of the lower-tier sites once housed other types of mines, including copper, coal, and limestone.

People from all over the world flocked to Nova Scotia in the second half of the 1800s to hunt for valuable gold coins. But gold processing was not subject to environmental regulations at the time, and materials containing chemicals such as mercury and arsenic were dumped on land and in waterways, leaving a legacy of contamination that still exists today.

Donnie Burke, executive director of environmental assessment and remediation for the provincial cleanup agency, Nova Scotia Lands, said the province wants to gather as much information as possible about the sites before the list is released.

“We didn’t want people to freak out thinking they were living next to, you know, toxic soup.”

The list was created by analyzing each site for human health risks, site size, chemical and physical properties, and ecology. Risks to human health were given more prominence than other categories.

Burke said people shouldn’t panic if they see a site near their community on the list because contaminants are relatively stable at most sites.

“We’ve proven with the science on Goldenville and Montague that the risk is very low from a human health perspective, so I don’t see them posing an imminent risk to anyone living next to them.”

The province has committed to cleaning up contaminated mine sites on Crown land, beginning with Montague Gold Mines near Dartmouth, NS, and Goldenville, near Sherbrooke. The cost of remediating these two sites alone is estimated at at least $60 million, but this figure should increase.

These two sites are among the top five in the risk ranking.

The province is currently working on a cleanup plan for Montague and is settling ownership issues for some of the affected land in Goldenville. Five other sites are under consideration, with remediation proposals and cost estimates expected in October.

Some contamination on private land

The list does not include all former contaminated mines.

Nova Scotia Lands is only responsible for remediating sites on Crown land, so private properties contaminated by old mines are not listed.

Burke said the province is trying to figure out how to deal with the mine contamination that exists on private land.