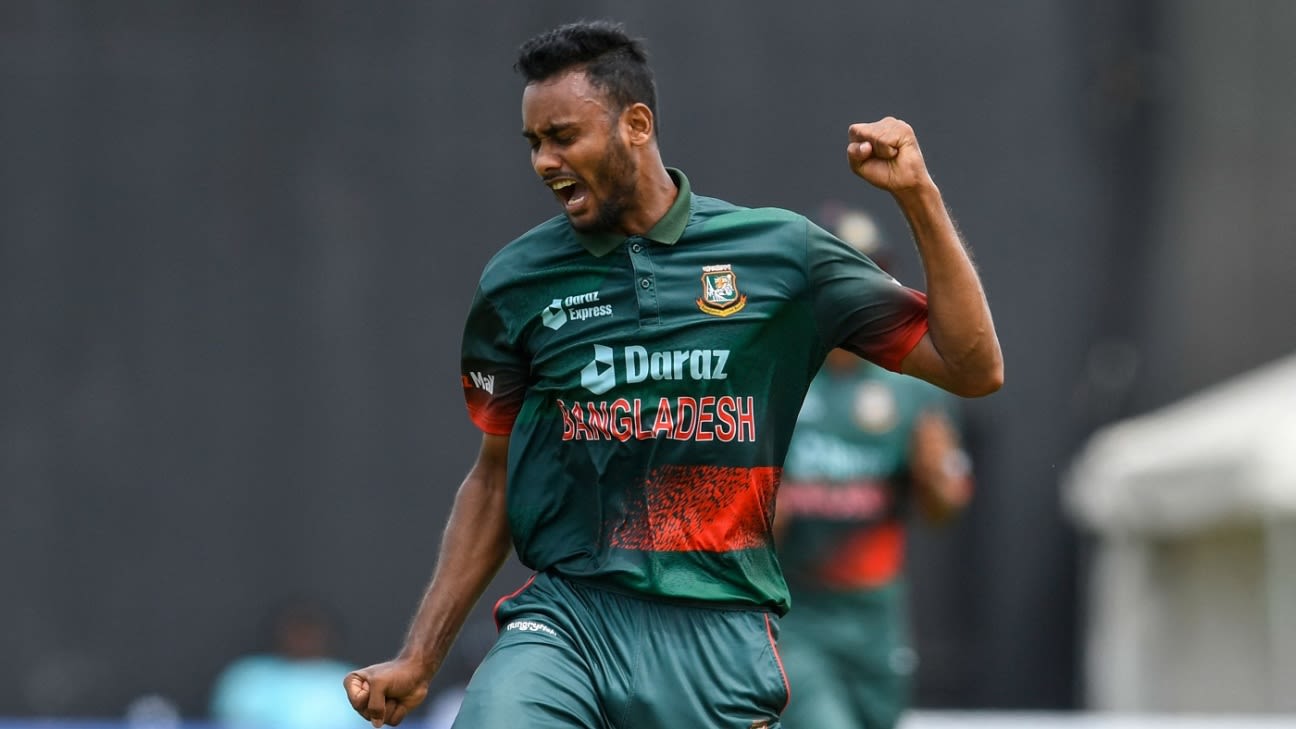 Bangladesh recorded their first victory on the West Indies tour with a six-wicket win on Sunday in the first ODI in Guyana.

Bangladesh won the coin toss and opted to play in a match reduced to 41 overs per set due to a wet outfield.

West Indies struggled to start and posted an undisputed 149 for 9, with No. 3 Shamarh Brooks leading the scoring with a 33 from 66 balls.

Tailenders Anderson Phillip (21 not eliminated) and Jayden Seales (16 not eliminated) refused to give up the last wicket, adding 39 runs. Phillip hit all six innings for his team at Providence.

Middle left-arm point guard Shoriful Islam, who won his career-best ODI 4 for 34, and offspinner Mehidy Hasan Miraz, who scalped three wickets for 36 runs, were the pick of the Bangladesh bowlers.
Bangladesh reached the goal with 55 balls in reserve, scoring 151 for 4 in 31.5 overs. Mahmudullah scored the most with an unbeaten 41 from 69 deliveries, and Najmul Hossain Shanto hit a 37 from 46 balls.

Spinner Gudakesh Motie was thrifty with a 1-for-18 return from nine overs.

The second ODI of the three-match series will be played at the same venue on Wednesday.

West Indies won the Tests and the T20I series 2-0.