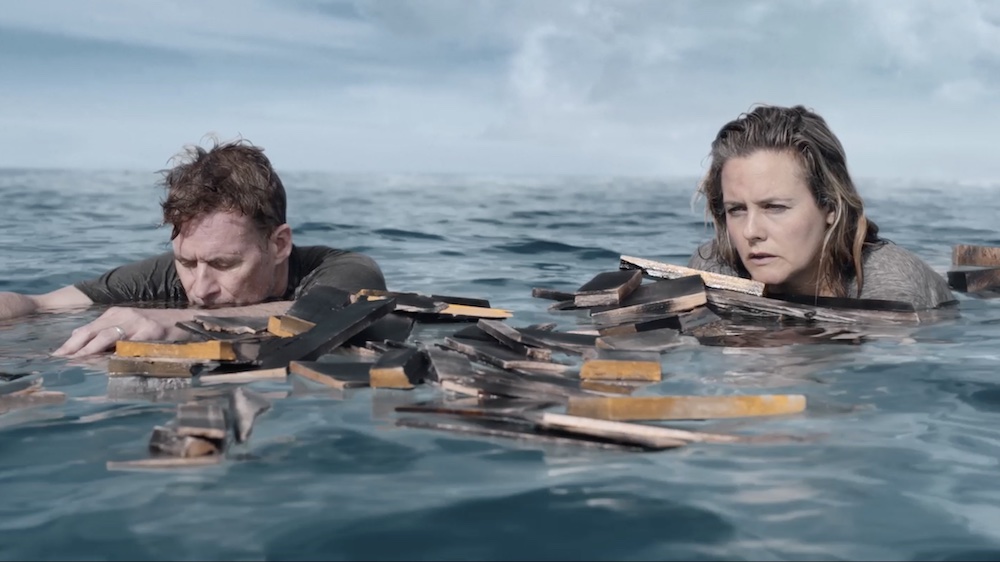 The first thing you should know about “The Shark” is that its title refers to any shark in the family Carcharhinidae – although no one in this movie ever uses that term. The second thing you need to know is that no sharks, sharks or otherwise, appear until nearly an hour into writer-director Le Van Kiet’s 89-minute film, which may lead some impatient viewers to suspect they’ve been targeted with a bait-and-switch scam (sorry couldn’t resist) and react by repeatedly pressing the fast forward button.

Finally, and arguably most important: It may be more of a sea survival drama than a people-to-people shark thriller, but “The Requin” is largely satisfying as a distraction from popcorn with a clever gender-swapping approach to gender tropes and stereotypes. Kiet maintains a healthy dose of suspense throughout and once again demonstrates, as he did in his well-received 2019 Vietnamese martial arts actioner “Fury,” that damsels in distress can be deadlier than men. men. Including male sharks.

The extended setup gives lead actors Alicia Silverstone and James Tupper plenty of time to spark growing interest in protagonists Jaelyn and Kyle, a married couple dealing with the heartbreaking emotional fallout of losing their newborn baby during an attempted home birth in a bathtub gone horribly wrong. We’re introduced to them as they begin an R&R vacation in Vietnam (played, in a daring cast, by Orlando, Florida), where James has rented an expensive “floating villa” – a well-appointed cabin with a great view of the ocean but, as is usually the case in movies like this, sketchy wifi (at best).

Fortunately, Jaelyn can phone her mother (Deirdre O’Connell) and sister (Jennifer Mudge) when she and Kyle visit a nearby town. But while they’re certainly happy to hear from her, Jaelyn’s family are more than a little concerned about her mental state, not to mention the couple’s choice of a vacation spot. Jaelyn is so focused on the conversation and understands so little Vietnamese that she doesn’t notice TV weather reports about an upcoming tropical storm.

Turns out it was Kyle’s idea, not his, to visit Vietnam – obviously one of many decisions he’s made for them in the past and continues to make after dream vacation turned into a dire situation. Still, when she’s not frightened by bad dreams and worse memories, Jaelyn does her best to be a good sportswoman and actually enjoys snorkeling, paragliding and other tourist activities. (It should be noted that Kiet scrupulously avoids any mention of decades-ago annoyances involving American troops in the country, though he acknowledges a teenage war hero who stood up to French colonialists in the 1950s. )

Eventually, inevitably, that tropical storm kicks in to propel the plot. Jaelyn and Kyle wake up to find that their “villa” is now more or less a raft, floating several miles off shore. Kyle is immobilized with an injured and bloody leg, but even that doesn’t stop him from trying to make every decision – most of them wrong – until Jaelyn finally starts to fight back. One good thing she does: After Kyle is even more incapacitated, it’s up to Jaelyn to do all the heavy lifting and frantically rowing, when the sharks finally seem to be making a nuisance of themselves.

Some of the dialogue in “The Requin” is painfully on the nose – “I could have been more patient with your PTSD!” — but much more like what a long-married couple might say to each other, whether they’re reopening old wounds or joking around to soothe their fears. (“We’re, like, the unluckiest couple in the world!”) Make no mistake: Kiet isn’t trying to pull off a “Scenes from a Wedding with Sharks” here. But Silverstone and Tupper convincingly convey a much wider range of emotions than is usually unleashed in post-“Jaws” films about finned predators and human prey.

At the same time, Silverstone is equally compelling as she wields everything from a large board to an outboard motor to disperse sharks. A perk of seeing “The Shark” in a theater rather than on digital platforms: You might share in the hearty laughs when she utters a line that can’t be contextualized without spoiling the fun: “Not today!”