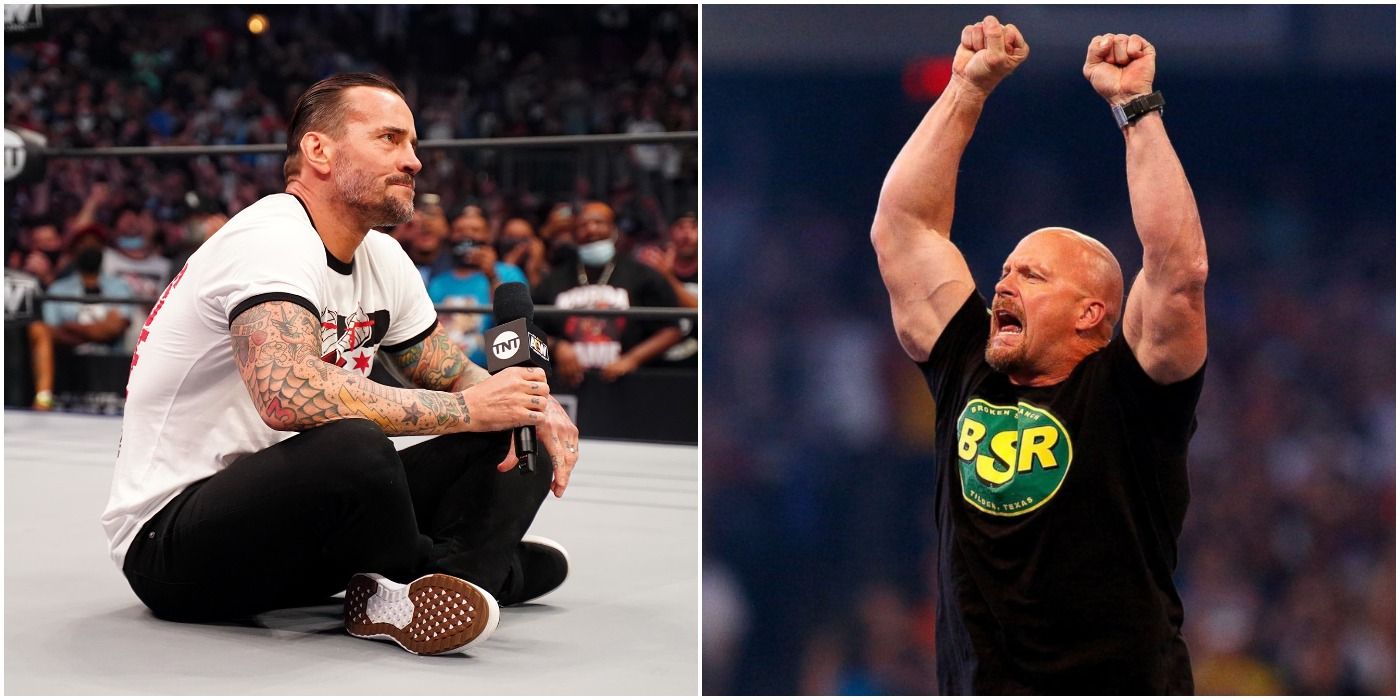 CM Punk vs. Stone Cold Steve Austin. The Dream Match that never was. A true â€œOnce in a lifetimeâ€ clash that never happened. As legends of their respective eras, fans have always wondered if the game will ever take place. Sadly, that never did, although there were a few times the match maybe came true and it maybe got closer than anyone ever thought possible.

RELATED: 5 Dream WWE Games That Could Still Happen (& 5 That Didn’t Have A Shot)

Punk and Austin had a few little segments together

CM Punk and Stone Cold Steve Austin would first interact in a backstage segment when Austin “hosted” an episode of Raw in 2011. It was a pretty comedic segment overall, but the tension between the two was palpable. and the segment would have one particularly worrying. CM Punk line, â€œYou gave me a match with John Cena and I want to thank you because you just set in motion something that will change the landscape of WWE forever.â€ That’s exactly what happened, as Punk beat Cena in that match, kicking off the infamous Summer of Punk.

Their second interaction happened during a promotional interview for the WWE ’13 video game. While CM Punk and Stone Cold Steve Austin were interviewed by Jim Ross, Punk notes that it seems Austin is watching CM Punk’s WWE Championship with envy. Austin says that if he wanted this belt, it would already be in his lap. Afterwards, Punk said the interview was meant to be irrelevant, but if you watch the video Austin is definitely in “Stone Cold” mode and Punk is definitely in “Best in the World” mode.

Austin was a punk fan

CM Punk shared a story on Inside the Ropes about Austin, saying he was a CM Punk fan. â€œI remember 2010, maybe, I remember being, I think, in San Diego, and Austin was in San Diego, and he was right there, and I don’t remember why he was. there, and I just remember looking at him and saying, ‘You know what the fuck.’ And I walked over to him and I said, â€œHey, what are you doing?â€ And he said, â€œWhat do you mean?â€ And I was like, ‘Well, here you are,’ I say, ‘I have to work a dark match after that,’ I said, ‘Do you mind going out and giving me a Stunner? Otherwise how are we going. send us these people home, you know what I mean? He said, ‘Damn, yeah, alright, kid.’ And you know, here’s the guy, he was literally like, ‘I’ve been back here I don’t know how many times and nobody’s ever asked me that before.’ And I was like, “Well, why the f … nobody asked that guy,” because I was like, I’m out there, I might as well be able to say I took a Stunner. “

fighter Twitter posted a gif of the stunner in question.

In the same interview with Inside The Ropes, CM Punk suggests that the dream match between the two legends was in fact on the agenda, if only for a “little bit of time.” Punk said, â€œI think that’s kind of where Steve kind of took a liking to me. Because, again, if you never ask, the answer is always no, and the dude would sort of always be sitting backstage, I guess, I don’t know if he was waiting for someone to ask, so that’s when i started pushing and being like, let’s work this game, mom-, let’s go. And there was a period of time it was going to happen, and then the next minute it didn’t.

During a question-and-answer session on Twitter in February 2021, CM Punk joked how the dream match with Austin would have gone. He said, â€œIt would have been short. GTS, 1 2 3.

Stone Cold Steve Austin, however, had a different idea of â€‹â€‹how the match would go. After seeing Punk’s tweet, he replied: “I see. @CMPunk You said it. Damn. Complete illusion. Got us to a 60-minute limited-time game at the Rosemont Horizon. Right there in Chicago. Chi Town. The Windy Town. Game of? Hell. I surprised you with a Stunner at 59:56. You didn’t hunt. Bottom line.

It seems that a brief battle on Twitter is the best one can hope for these days. Punk is active again and Austin has always said he is technically capable of the legendary “one more match”. But that would never really happen.

Both WWE and their Superstars have given up on Epic Dream Matches for one reason or another. Here are 10 of those cases!

Martin is a writer from Wigan, England, and has been following wrestling religiously since 2006. Follow him on Twitter @_M_J_Dickinson