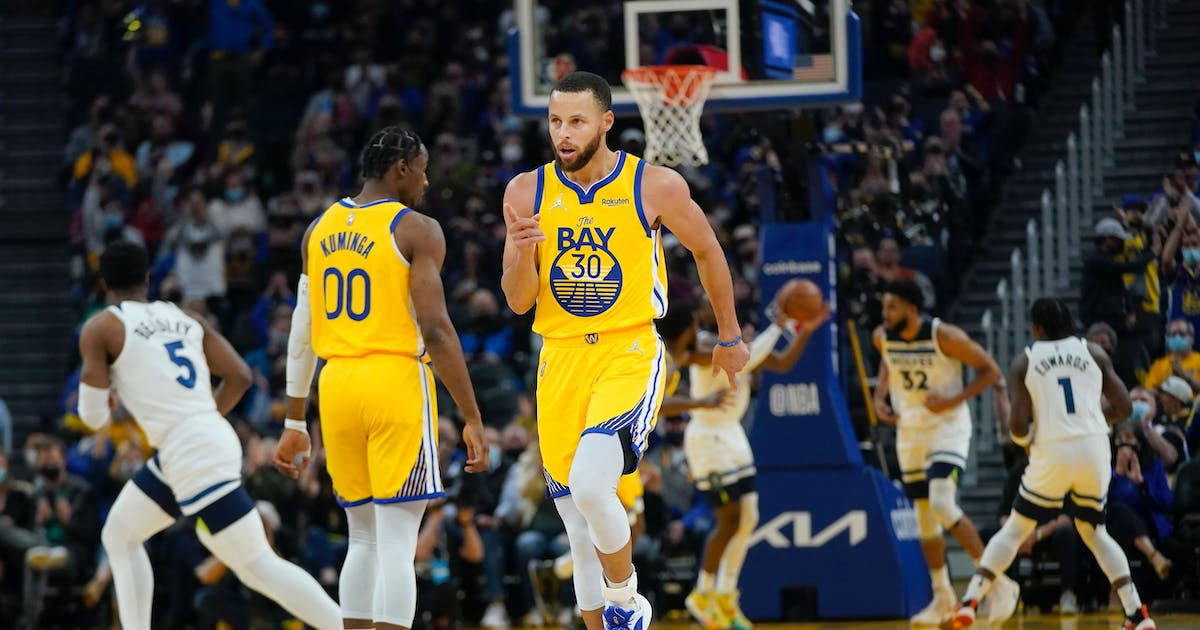 SAN FRANCISCO — With the Warriors doubling and triple-teaming Karl-Anthony Towns in the second half, and D’Angelo Russell leaving early with a bruised left shin, the Timberwolves could have enjoyed another explosive night from Anthony Edwards.

Edwards had torched Portland for 40 two nights earlier, but as a reminder that he’s still a young player trying to build consistency, Edwards stayed quiet until the fourth quarter and Wolves fell to Golden State 124-115.

Edwards (27 points) went just 1-for-8 going into the fourth, while Golden State took command in the third quarter by beating Wolves 38-20. Towns had a game-high 31 points – two nights after taking just seven shots – and 12 rebounds for the Wolves, while Stephen Curry had 29 for the Warriors and Klay Thompson had 23. Wolves Andrew Wiggins had 19.

Wolves did themselves no favors from the three-point line. They shot just 22.7 percent (10 of 44), with Malik Beasley going 0-8 from deep. That won’t be enough against a Golden State team shooting 58.3 percent from three, with two of the best shooters of all time.

The Warriors helped out on the front line by sending more bodies to Towns in the third quarter and beating anyone else. Edwards was initially not up to the task and Russell left in third due to his injury, which he may have suffered in the first half.

Wolves struggled offensively as a result, managing just eight of 24 games in the quarter. The Warriors got some separation on the scoreboard for the first time all night as Curry netted nine in the quarter. Golden State increased their lead to 16 early in the fourth before Wolves went on a 10-0 run as Edwards attacked the basket. Wolves were within 109-104 before Curry and Thompson buried a pair of threes to cut the lead to 11 and prevent Wolves from making a serious late run.

Comments are temporarily unavailable.
We apologize for the inconvenience.