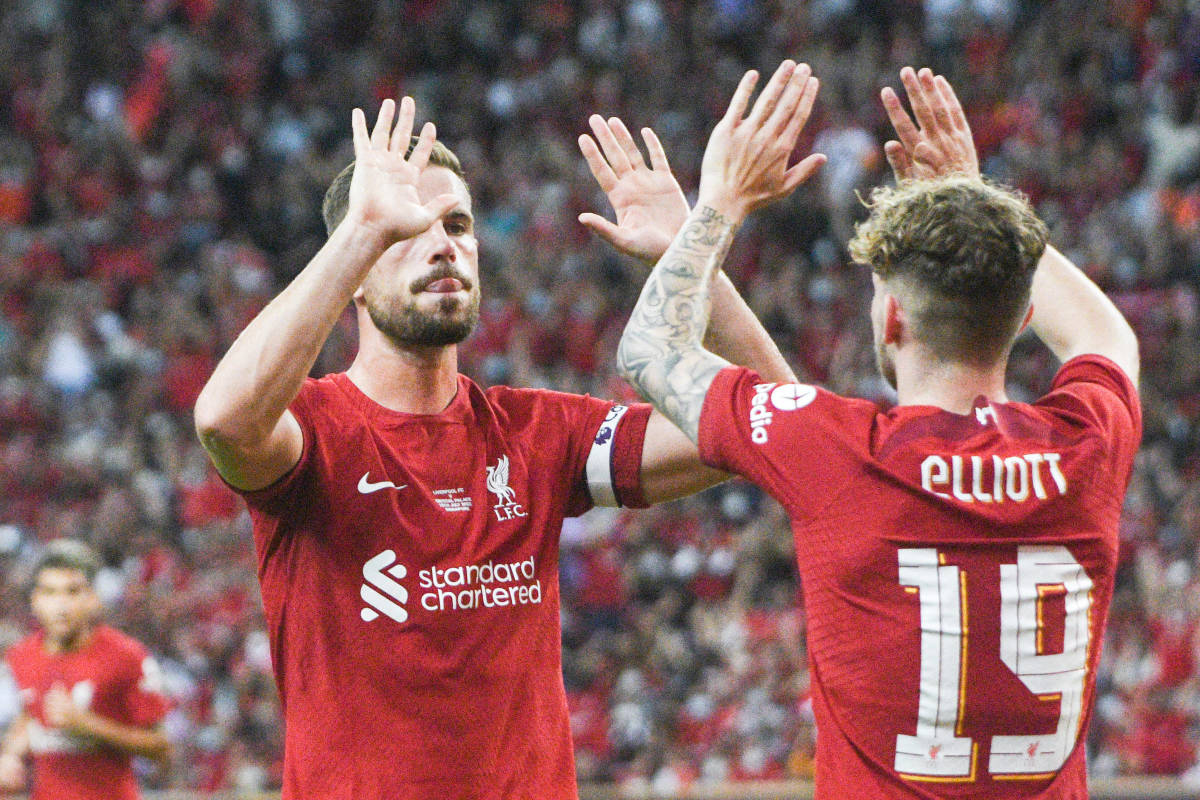 Liverpool bounced back from losing to Manchester United in Bangkok on Tuesday to beat Crystal Palace 2-0 in another pre-season friendly on Friday.

The Reds had moved from Thailand to Singapore where they were once again received in an exceptional way.

It didn’t take long for a much-improved Liverpool to settle in and they looked a header in the 12th minute when Jordan Henderson smartly completed Harvey Elliott’s takedown.

Manager Jurgen Klopp made 11 changes at half-time and saw his side double their lead within two minutes of the restart when Mohamed Salah received the ball from a Trent Alexander-Arnold flick home.

Nine more changes followed for Liverpool as the full squad were given a few more minutes as they prepared for the new season.

The only downside for Klopp was a muscle injury picked up by Alex Oxlade-Chamberlain just before the interval.

He now joins Alisson Becker, Calvin Ramsay, Joe Gomez and Diogo Jota on a growing injury list that will worry the German with the start of the Premier League campaign just three weeks away.

Rubina Pabani and Poppy Jay: “We are not sexperts – we are sex clowns” | Podcast